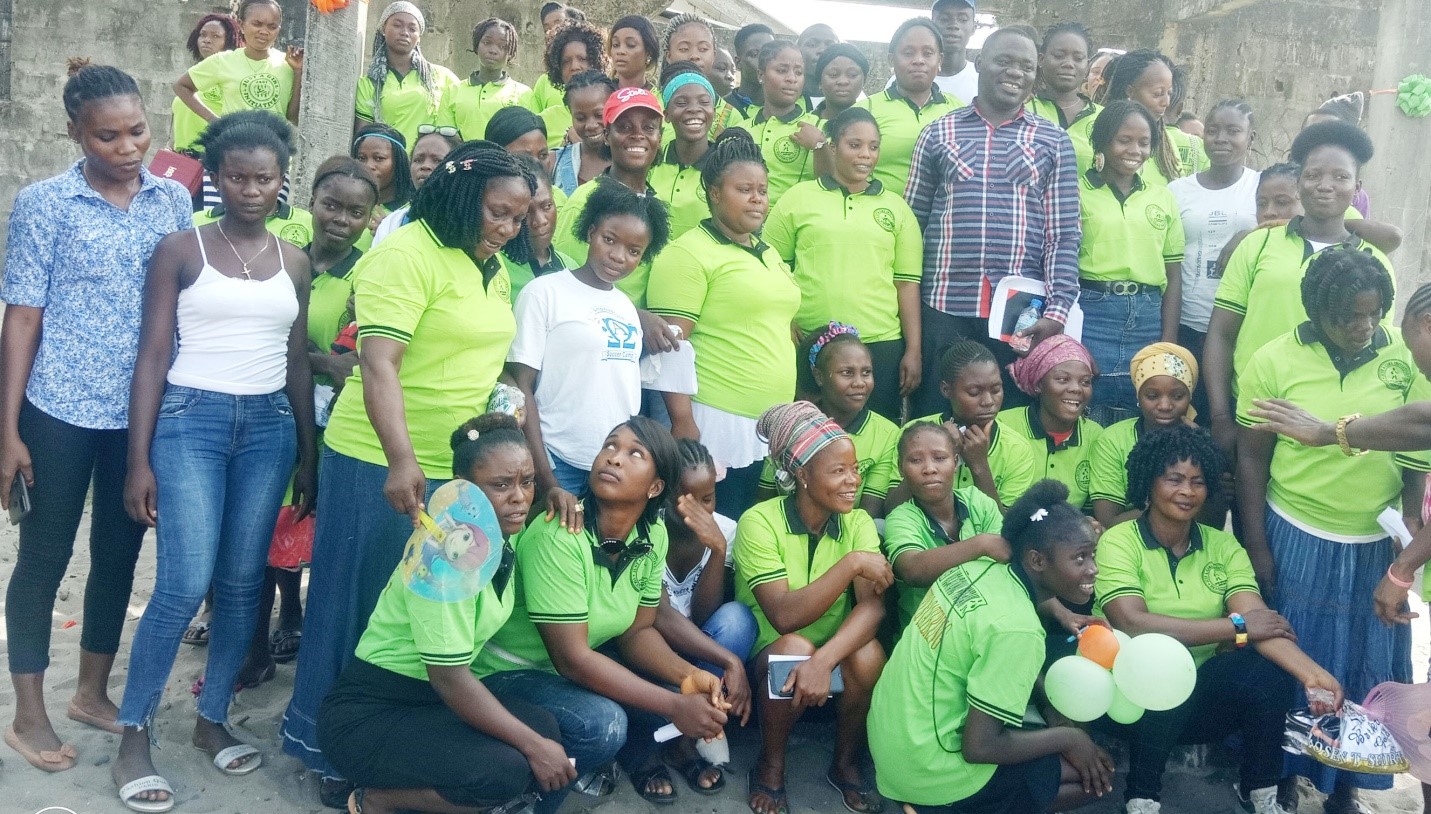 Monrovia: Just a Girl Initiatives, a local non for profit organization has launched circle 3 of its inclusiveVocational Empowerment Program.

With the launch of the program, Just a Girl Vocational Program is now impacting 115 girls and women and has also provided opportunity for boys and men who basically have no skills or any form of empowerment to acquire marketable skills.

The Inclusive Vocational Empowerment Program Launch according to the organization’s founder and executive Director, Evelyn Kpadeh Seagbeh is part of the organization’s expansion to increase girls and women access to opportunities aimed at bringing about economic reliance and financial independence to fight off their vulnerability.

The launching program took place over the weekend on in Duazon Lower Margibi County.

Giving the overview of the program, Just a Girl’s founder- Madam Seagbeh informed the audience that the need to expand the vocational program being offered by the organization became increasingly necessary by the willingness and desires of most girls and women wanting to acquire skills to empower themselves and to help boys and men get gainful skills rather than spending their time at betting centers, watching football games or at hattie centers, but to become empowered.

“One mistake we as organization, CSOS and NGOs have made and continue to make is by empowering girls and women and leaving out the men, which is creating what I call ‘social economic empowerment gap.’

Madam Seagbeh recommended that therefore, when girls and women are empowered, alongside them should be men and boys, so that it brings about what she calls better and empowered communities and families.

She added that another thing that it will do, is to build up a stronger entrepreneurship sector.

“Additionally many of our young boys some of whom are high school and college graduates but all they have to spend their time at betting centers or hattie centers and they have no skills,” she observed.

She noted: “The perception many persons hold about vocational skills, is when they feel that life has failed them and things are not working, that’s when they turn to vocational skills programs, adding that whereas, in Ghana and other sisterly African countries, young people are becoming entrepreneurs and owners of business(es) and getting themselves out of poverty just by making maximum use of vocational opportunities such as these.”

She then encouraged the new beneficiaries to make proper use of the opportunity Just a Girl has provided through the support and partnership of the P. Lawrence G. Cooper Foundation.

The new beneficiaries will be trained in tailoring, catering, pastry, decoration, soap and bleach (Clorox) making.

The partnership between Just a Girl Initiatives and the P. Lawrence G. Cooper Foundation provided the beneficiaries department uniforms, will provide needed materials for the beneficiaries practical work and  provide compensation for skills training facilitators (teachers) and staff which had been a challenge for Just a Girl over the period due to the lack of funding opportunities.

With the partnership fully being upheld, beneficiaries of the program will no longer drop from the skills training due to the lack of access to materials for their practical work, according to Madam Seagbeh.

Since Just a Girl launched its tuition vocational empowerment program in 2017 and its official start in 2018, at least 80 girls and women have so far benefited from the program.

Beneficiaries were drawn from communities such as VOA, Baptist Seminary, Boy’s Town, R2, Marshall, Harbel, Duazon and other communities along the Robertsfield Highway.

Speaking when he served as keynote speaker, veteran Liberian Journalist, Peter Quaqua thanked Mrs. Seagbeh, who is also a media practitioner, adding that she has exhibited true leadership by touching and empowering the lives of people within communities.

The former Press Union of Liberia president averred that one of the building blocks for any country’s advancement and development is for the nation to invest in human resource capacity by capacitating its citizens with marketable technical and vocational skills.

Mr. Quaqua added that when technical and vocational skills acquisition becomes a priority to a nation and its citizens, the country develops faster and it brings about jobs creation and boosts the entrepreneurship sector.

He then called on young people (men and women) not to spend their time running after politicians who basically would do nothing much to impact their lives tangibly.

He recommended that youths should rather endeavor to empower themselves with technical and vocational skills in order to become economically independent and avoid waiting for handouts from politicians, some of whom were invited to the occasion, but did not show up.

As his initial support to the organization’ work, Mr. Quaqua made an initial cash contribution and promised to provided support to the best performing beneficiaries who will set themselves into a team of not more than 5 and not less than 3 to work together and run their corporative (business) upon their completion of the learning circle of the program at Just a Girl Vocational Program.