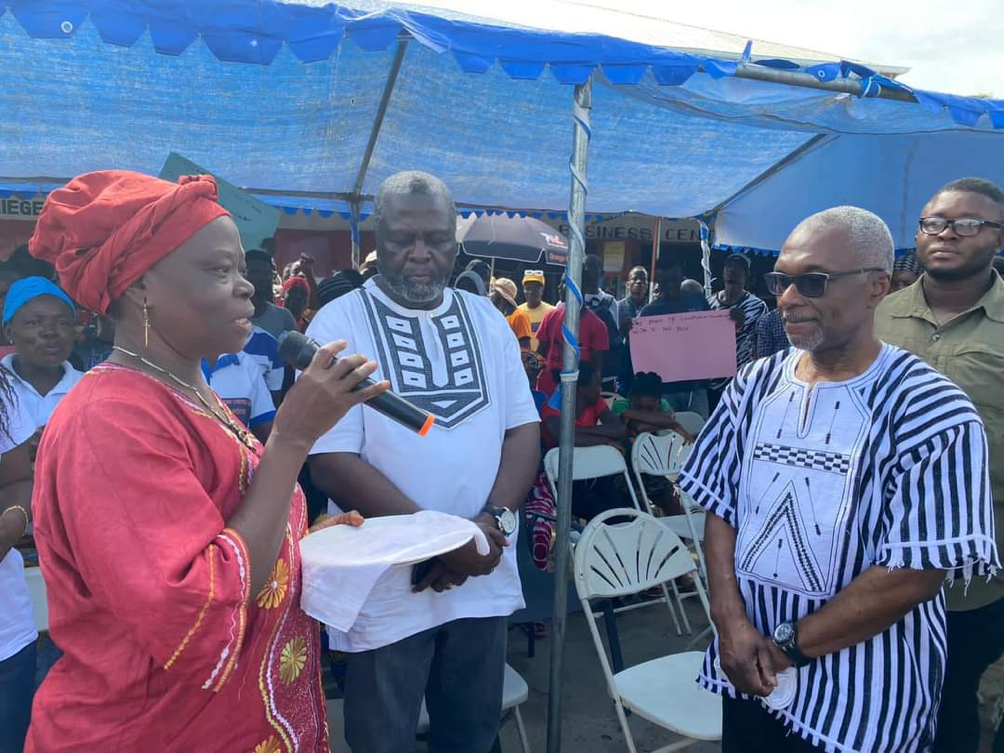 Mr. Alexander Cummings, Standard Bearer of the Collaborating Political Parties (CPP), has made an impassioned plea for Liberians to confront and overcome their fear of intimidation by attending the December 17 “We Tayah Suffering” rally at the SKD Sports Complex in Paynesville, Monrovia.

The CPP is organizing the planned Peaceful Rally, dubbed “We Tayah Suffering,” to amplify the voices of the suffering masses and highlight the poor performance of President George Weah’s five-year administration.

Cummings stated that the rally is intended to champion the cause of the oppressed masses who are enduring harsh and difficult economic conditions, the thousands of jobless Liberians, and those affected and injured by the CDC administration’s poor governance.

He stated that the peaceful assembly is a rallying point for all Liberians, regardless of political and religious affiliations, ethnicity, or tribal lineages, to reawaken the governing CDC to the realities of its failed policies, the looming threat to Liberia’s democracy, and the extreme suffering and poverty in the country.

Cummings stated in a statement released on Sunday, December 11, that since the announcement of the Peaceful Rally, the CDC administration has been jittery, provoking threats of violence and intimidation in order to thwart the planned rally and prevent the people from speaking truth to power. He stated that the public outpouring of support for the December 17 rally at the same SKD Sports Complex where President Weah was inaugurated and made many broken promises has inspired and energized him, as well as reinforced his resilience and belief that Liberians are determined to usher in real change for national development and advancement.

“The December 17 Rally is for market women, men, and youths tolling in the rain and sun, the unemployed, abandoned senior citizens, and retired Liberians; those fearing growing insecurity, rising crime rates, and the fear of Liberia becoming a drug hub; those with unfulfilled dreams; civil servants affected by arbitrary salary cuts; and those with medical complications who cannot afford the high cost of seeking treatment outside Liberia,” Cummings explained.

Following sustained public pressure, Liberia’s Justice Minister and acting head of state, Counsellor Musah Dean, granted permission for the CPP to be held on December 17 and planned a peaceful rally outside the SKD Sports Complex in Paynesville, Monrovia.

In a letter dated December 8, Minister Dean directed the Director of the Liberian National Police, Patrick Sudue, to provide all necessary protection to citizens attending the rally on December 17.

Minister Dean directed that all citizens attending the rally be provided for and protected.

According to a release, the CPP Standard Bearer insisted that President Weah’s administration is required by law to ensure the maximum protection of the Liberian people as well as the right of citizens to peacefully assemble.

He urged Liberians of all political stripes, including nurses, teachers, motorcyclists, petty traders, marketers, and voting-age youths, as well as civil servants affected by illegal salary cuts, to turn out in large numbers and raise their voices in protest of the country’s deplorable living conditions and extreme suffering.