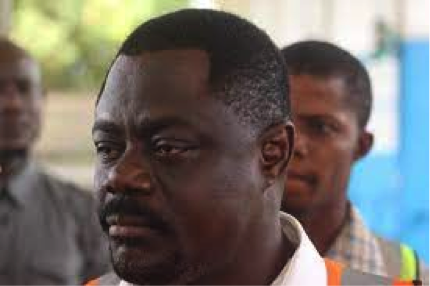 The General Auditing Commission (GAC) has uncovered major financial irregularities in the operations of the Liberia Water and Sewer Corporation. The report covers the fiscal years July 1, 2018 to June 30, 2021.

Daily cash receipts from the sale of water and sewage services reported per the LWSC daily cash collection records prepared by the entity’s cashiers  at its central office did not reconcile to figures reported per bank deposits. In most cases, the GAC report noted that the amounts deposited in LWSC’s bank accounts were less than the amount collected per the cashier’s records.

Daily cash receipts from the sale of water and sewage services generated at the LWSC local offices in Buchanan, Grand Bassa County and Kakata, Magibi County were not supported by deposit slips and payment receipts, the report said.  According to the report, there were no records indicating that the amounts of US17,503.56 and L$915,710 reported collected by the Kakata substation was deposited in a local bank account.

Further, the report said a total of 125 (One hundred, twenty-five) fixed assets including vehicles, motorbikes, desktop computers, laptops, generators and televisions could not be verified during physical inspection of the assets.

The report further stated that the LWSC Management made payments for several items within the national competitive bidding threshold without evidence of bid documents, evaluation reports, contracts and delivery notes for goods and services provided in violation of the public procurement laws of Liberia.

The GAC reported further stated that employees’ social security contributions in the amount of US$372,015.49 are unpaid to Nation Social Security and Welfare Corporation. NASSCORP. According to the GAC, the employees risk the chance of not receiving their retirement benefits upon retirement if their benefits remain unpaid.

The report said major policy documents such as Fixed Asset Management Policy, Administrative and Financial Manuals’  Human Resource Policy Manual Receivables Management Policy developed to govern the financial and technical operations of LWSC have not been  approved  by the Board of Directors.

The report concluded that because of the significance of the matter discussed in the report, the revenue generation, expenditure and internal controls system of LWSC are not in compliance with applicable laws, regulations of Liberia and policies of LWSC.

President George Manneh Weah requested the General Auditing Commission to conduct an audit of the Liberia Water and Sewer Corporation (LWSC) on June 10, 2021.

SPEECH: Response to the Opening Address of the Chief Justice