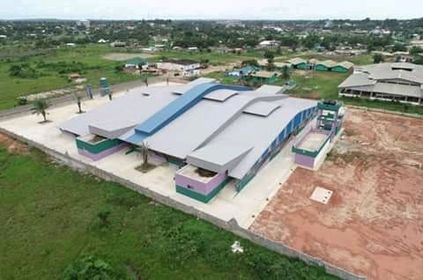 As President Weah gears up To dedicate the market project

Presidential Press Secretary, Isaac Solo Kelgeh, has disclosed that the Liberian Leader will officially dedicate the Omega Market on October 9, 2020 in Paynesville City.

According to Mr. Kelgeh, the President will dedicate the market and turn it over to the authority of the Paynesville City Corporation (PCC).

He said the Authority of the PCC will take charge of the market pending the conduct of  the Liberia Marketing Association   Election that will elect a new leadership.

Presently, there is a leadership crisis within the Liberia Marketing Association   bordering on alleged corruption, something that has been affecting the operation of the LMA.

He said the market is also in the Paynesville City limit   of which they will have authority to supervise and work with the relevant committees in running the affairs of the omega Market.

Mr. Kelgeh said president Weah’s concern is for the newly constructed market to be functional.

During  the then Administration of former President Ellen Johnson Sirleaf,   an organization known as  Sirleaf Market Women Fund  constructed a market  at the Omega.

Speaking further during the presidential update, Mr. Kelgeh said president Weah will tour the 14 Military City located in Margibi County to inspect the ongoing housing units   that are under construction   by the National Housing Authority for low income owners. He said President Weah will on October 13 2020 break ground for the construction of the Duala Market among others.