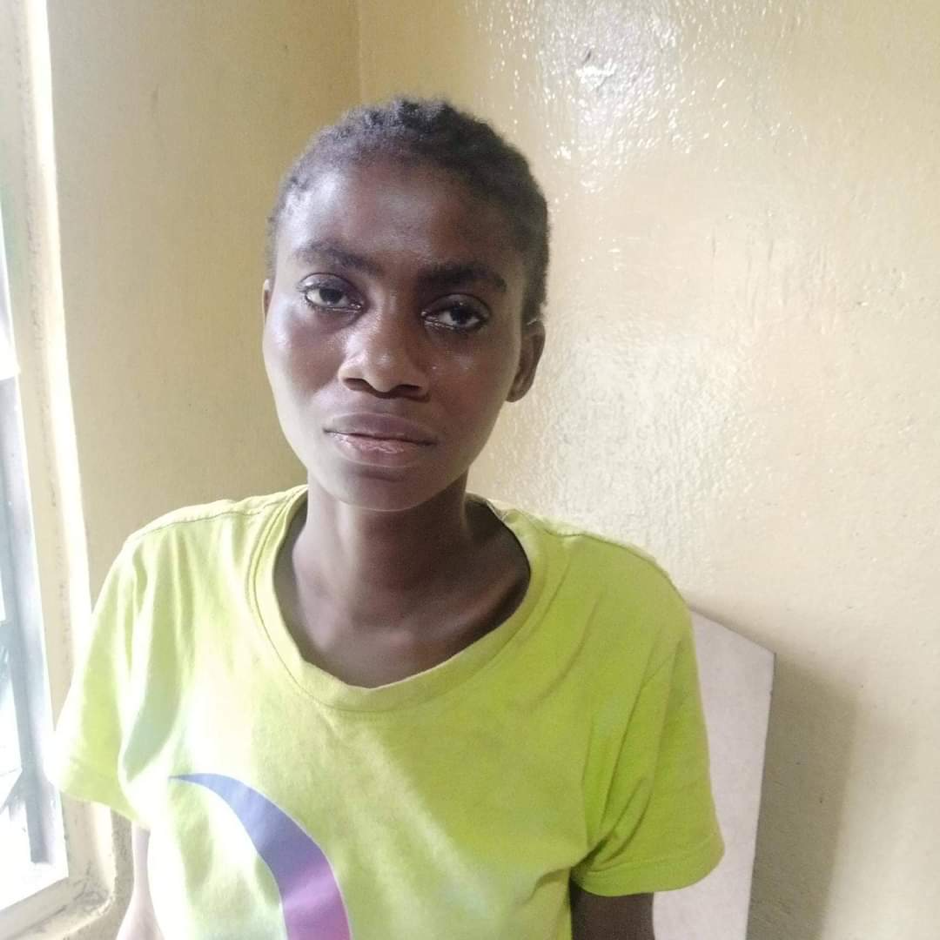 Marthaline Mark, 21, a resident of the Gbawo Town neighborhood in Paynesville, has been arrested and is being investigated by the Liberia National Police for her alleged involvement in child trafficking.

On May 28, 2022, at 2:00 PM, complainant Obediah Kwehmie, 25, a resident of Flour Mill, Freeport, reported and explained that by 10:00 AM the same day, suspect Marthaline Mark came to visit her boyfriend, only identified as Amara (Obediah’s neighbor), and asked for Amara’s whereabouts, but was told he was not home, and later decided to sit down and wait until he returned, a police’s report revealed.

He went on to say that when his baby mother, Yassa Saygbe, had set their baby down, she (suspect Marthaline) began playing with Prosper Kwehmie, a two-month-old infant victim.

He said, “She (suspect) decided to buy pampers after a few hours of her stay, but surreptitiously fled with his older brother, Richard Kwehmie, 12, when their mother, Yassa Saygbe, entered her room.”

According to Police’s report, during a preliminary interview with suspect Marthaline Mark, she informed police detectives that on the specified date, she went to see her lover (Amara), whom she had been phoning for the previous two days but who had not returned her calls. She also expressed her love for the two-month-old baby boy and wanted to purchase him some pampers, but she delegated the task to his older sibling.

Again, Marthaline claimed that there were no pampers in the Freeport neighborhood, so she took the two children to Red-Light in Paynesville to obtain clothes for the youngster.

She (suspect) paid LRD150.00 and asked a motorbike rider to drop off victim Richard Kwehmie wherever in the Freeport community before leaving with little victim Prosper Kwehmie for Buchanan, Grand Bassa, according to Police investigation.

Marthaline Mark, a suspect captured in Buchanan on June 4, 2022, is currently being held in one of Zone 10 withholding cells for prosecution, the Police said.