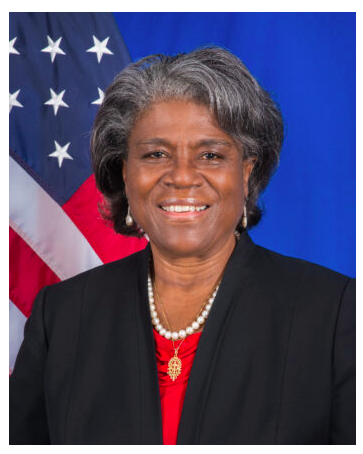 The President of the United States of America, Joseph R. Biden, Jr.  has announced a Presidential Delegation to the Republic of Liberia to attend the Bicentennial Celebrations in Monrovia, Liberia on February 14, 2022.

Other members of delegation include Honorable Michael A. McCarthy, United States Ambassador to the Republic of Liberia and Honorable Dana Banks, Special Assistant to the President and Senior Director for Africa, National Security Council, the White House said.

Others are Mr. Lonnie G. Bunch III, Secretary of the Smithsonian Institution and Rev. Dr. Teresa Jefferson-Snorton, Bishop of the Fifth Episcopal District of the Christian Methodist Episcopal Church, Chair of the Governing Board, National Council of Churches in the United States, the statement said.

“This marks the arrival of the first Free Black Americans to Providence Island in 1822, which led to the establishment of the City of Monrovia, and in 1847, the Republic of Liberia,” the statement reads.

Liberia has been preparing to commemorate 200 years of the first arrival of free slaves from America who laid the foundation of Liberia that became the first independent Republic on the continent of Africa.

Meanwhile, the Government of the Republic of Liberia says all is now set for the celebration on February 14, 2022 that begins at the SKD Sports Complex in Paynesville City, outside Monrovia.

Ambassador Linda Thomas-Greenfield, a career diplomat, returned to public service after retiring from a 35-year career with the U.S. Foreign Service in 2017.  From 2013 to 2017 she served as the Assistant Secretary of State for African Affairs, where she led the bureau focused on the development and management of U.S. policy toward sub-Saharan Africa.  Prior to this appointment, she served as Director General of the Foreign Service and Director of Human Resources (2012-2013), leading a team in charge of the State Department’s 70,000-strong workforce.

After retiring from the U.S. State Department in 2017, Ambassador Thomas-Greenfield led the Africa Practice at Albright Stonebridge Group, a strategic commercial diplomacy firm chaired by former Secretary of State Madeleine Albright.  She was also the inaugural Distinguished Resident Fellow in African Studies at the Institute for the Study of Diplomacy at Georgetown University from fall 2017 to spring 2019.