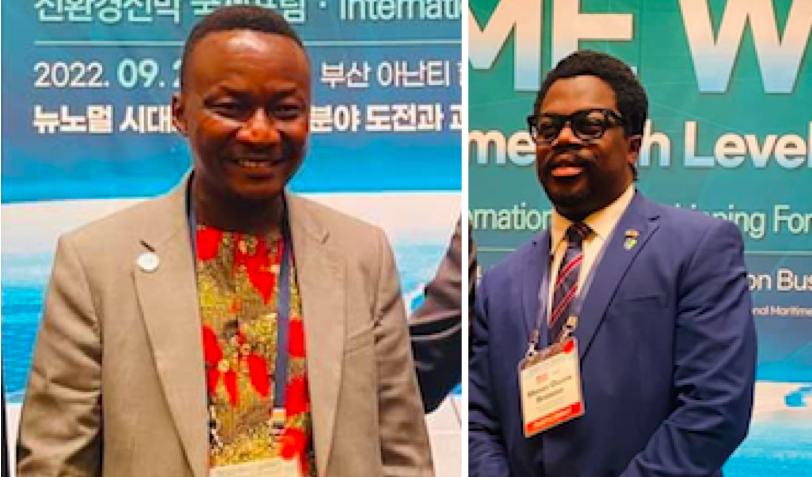 The Ministry of Gender, Children, and Social Protection (MGCSP) has requested that the Liberia Maritime Authority (LiMA) immediately recall, where appropriate, two government officials who are accused of raping two minors in South Korea.

Initial reports emanating from Seoul, the Republic of South Korea, suggested that two Liberian officials had been detained on suspicion of rape, and that if they were proved guilty, they would face a minimum sentence of seven years in prison.

Gender Ministry has issued a call to the Liberia Maritime Authority to immediately recall these officials, and if they are found guilty, the LiMA should not hesitate to take appropriate actions against them. These actions may include dismissal and the pursuit of sentencing, as is permitted under the laws and jurisdictions of both South Korea and Liberia. The Ministry has issued this call through a release.

The South Korean police said on Friday that they had apprehended two Liberian government officials in connection with the alleged rape of two teens who were in South Korea at the time.

The officials, identified as Daniel Tarr, in his 50s, and Moses Owen Browne, in his 30s, respectively, were arrested on the spot at a hotel in the southeastern city of Busan on Thursday. This took place after a friend of the alleged rape survivors reported the case to the police, according to the Busan police. Tarr is the Director of the Department of Marine Environmental Protection, while Browne is Liberia’s Permanent Representative to the IMO in London.

According to a representative from the Foreign Ministry in Seoul, the ministry is currently investigating whether or not the two Liberians are eligible for diplomatic immunity.

The police have stated that they intend to apply for official arrest warrants for both of the individuals, which will enable them to hold the suspects in jail for up to ten days.

The LiMA has confirmed the reports and stated that it has a position of “zero tolerance” toward any and all instances of sexual and gender-based abuse. “Liberia Maritime Authority absolutely maintains a zero tolerance policy on any and all sorts of sexual and gender-based offenses and sees these allegations of the behavior of its officials as extremely abhorrent, having no place in any civilized society,” the statement reads.

The LiMA has stated that it will assist with the government of South Korea in the inquiry and has pledged to take appropriate action in accordance with the laws of both national and international laws.

According to the report, the public prosecutors in Busan are extremely confident that the two adult men were responsible for the rape of two teenage girls who were staying at the hotel.

The Gender Ministry has stated that it finds the allegations of rape to be troubling and distressing, as well as a matter that entirely goes against the mores of Liberia’s commitment to combatting the scourge of sexual and gender-based violence. The Ministry of Justice stated that “a Presidential declaration on rape as a national emergency” exists in Liberia, which is common knowledge.

The MGCSP denounces the claim, stating that it constitutes sexual misconduct on the part of government agents and that it views such behavior as unacceptable and unforgivable. “If confirmed, this will have the potential to further undermine Liberia’s fight against rape and pose a setback in achieving Goal 5 of the Global Sustainable Development Goals (SDGs), which highlights the urgent need to end violence and exploitation of women and girls.”

MGCSP urges all government employees and the general Liberian population to use caution in their day-to-day interactions, whether they take place in Liberia or elsewhere, and to maintain their partnership with the Liberian government in the fight against sexual and gender-based violence.

“A person who commits a crime prescribed in Article 297 (Rape) of the Criminal Act against a female with a physical or mental disability shall be punished by imprisonment for life or not less than seven years,” states the law on statutory rape in South Korea. This law states that the offender must be imprisoned for a minimum of seven years and a maximum of life.

The statutory law against rape in South Korea specifies, among other things, that rape occurs when an individual engages in consenting sexual activity with a person who is younger than 20 years of age in Korean age. There is no provision for a close-in-age exemption in South Korea.

Womenvoices was unable to independently authenticate an earlier video that was supposedly released by South Korean police that showed how a detained Liberian diplomat and a director at the Liberia Maritime Authority (LiMA) resisted being arrested at a hotel in the bustling metropolis of Busan in South Korea.

The video shows how police used force to burst the door to the room in the hotel after persistently persuading the two Liberian officials to go ahead with the police directive to open the door following an emergency alert by a close associate of one of the rape survivors in the hotel room.

This news comes after President Weah declared at the United Nations General Assembly (UNGA) that his government has made significant progress in the fight against gender-based violence and that he promised to make women’s empowerment a priority of his government.