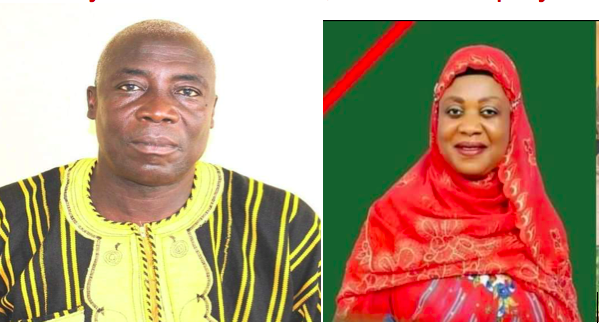 The focus of attention will remain on Lofa County over the coming few days. The lone female candidate in the upcoming by-election has publicly accused Galapkai Kortimai, the candidate of the Unity Party (UP), of being a tribalist as the contest nears its conclusion and the county gets ready to cast its votes tomorrow, June 28, 2022.

She claimed that the main driver behind the “so-called Mandingo and Lorma violent confrontations” that commonly occurred in the county was the UP candidate.

Since Galapkai Kortimai resigned as the county’s superintendent, according to Representative Mariamu Beyan Fofana, the county has been at peace, with no instances of the Lorma and Mandingo tribes fighting as there used to be under Kortimai’s regime.

Additionally, the female lawmaker, who is running in the by-election, claimed Kortimai is not a team player. By leaving a large sum of money in the county’s account totaling more than 76 000 USD (seventy thousand United Dollars) is not accountability, thereby disproving Mr. Kortimai’s claim that he upheld a level of integrity and accountability.

The female politician claimed it was not a leadership display because Mr. Kortimai was unable to use the funds because he is not a team player but rather a tribalist. Even though Mr. Kortimai possessed such a significant sum of money for more than six years and all the challenges the residents of Lofa faced, he was unable to resolve any of them. Rep. Fofana stated that the man was unable to use the money because he disagreed with the Lofa Legislative Caucus members. “The money was not intended to be kept, but he couldn’t spend it”.

She said it is disgraceful for someone to claim that he was the only superintendent who left $76,000 in the county account while standing on the platform. She wonders whether it is a form of leadership if Mariamu Fofana received $76 000 for the county but was unable to use it for the good of the people for more than six years.

She questioned how Kortimai would manage, if elected, to get along with 103 lawmakers if he couldn’t even get a few of them to cooperate at the county level. To represent the people of Lofa in the senate, she stated, “we are calling for experienced people and team players to enter the senate.”

When Mr. Galapkai Kortimai served as the county’s superintendent, he improved his stewardship, according to him. In addition to leaving almost $76,000 in the county account, he claimed that his administration was responsible. Mr. Kortimai is running to become senator on the platform that, if elected, he will work to elect the Unity Party’s standard bearer, former vice president Joseph Nyuma Boakai, as president in 2023.

Rep. Fofana, on the other hand, asserted that Lofa requires a candidate to outline his or her policies in addition to the sentimental pledge of Boakai’s victory as president in 2023.

Four of the six candidates in the by-elections engaged in a contentious debate before the female candidate, who is running as an independent, addressed the media. Sumo Kupee, a former senator, Momo Cyrus, Mr. Galapkai Kortimai, and Rep. Mariamu Fofana are the candidates who showed up for the debate.

Mariamu B. Fofana, a sitting representative, is running for a senatorial seat for a second time. Second-term Representative Fofana claimed that by providing the information that the audience needed to know, she was able to distinguish herself from the other candidates throughout the debate. Will Mariamu make a difference this around, well, it is anyone’s guess.