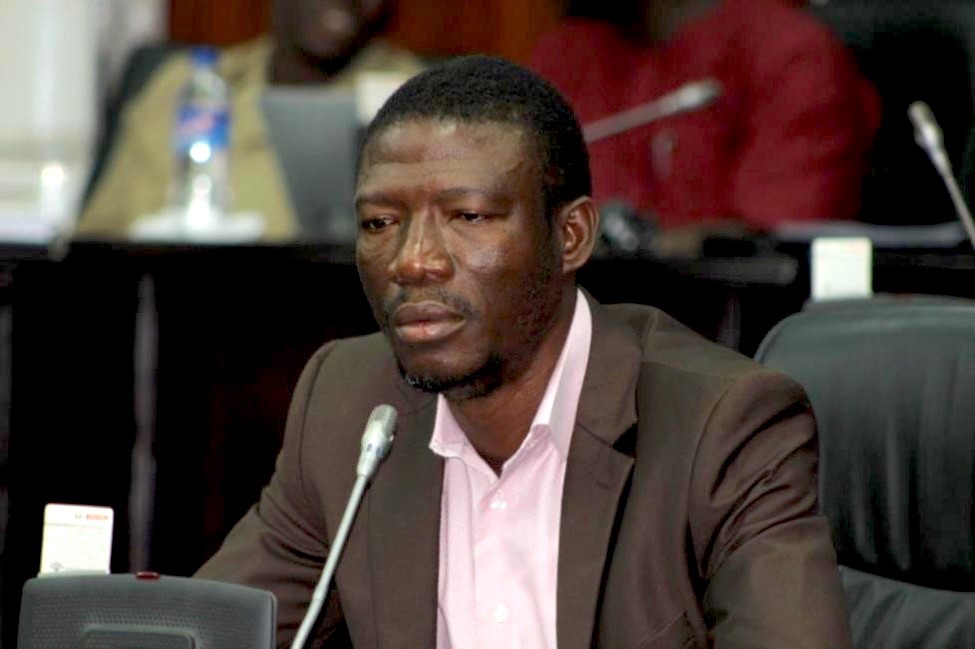 … For Attempted Murder, Other Criminal Charges

Montserrado County District # 10 Representative, Yekeh Kolubah, and nine others reported to be his supporters have been taken to the Monrovia City Court and charged with multiple offenses ranging from Criminal Attempt to Commit Murder, Burglary, Rioting, Criminal Facilitation, Aggravated Assault, among other crimes after a serious riot which occurred on Sunday, September 27, 2020 during the night hours between the District’s lawmaker and some individuals believed to be his supporters and other residents of District#10.

According to the Constitution of Liberia, a sitting lawmaker cannot be imprisoned.

However, police charge sheet, dated September 30, 2020, on Sunday September 27, 2020, disclosed that some supporters of Rep. Kolubah intended to cross high tension electrical wire over a zinc round house belonging to Mr. Kollie Morlue to a ghetto without his (Morlue’s) consent.

The Police Charge sheet indicated that Mr. Morlue told the Kolubah supporters to halt their work on grounds that the electrical wires posed hazard to his family and property.

The sheet explained that Mr. Morlue’s action how got Rep. Kolubah’s supporters angry, and violently moved into Mr. Morlue’s house and vandalized the entire house and shot two rounds of single barrel gun on the scene.

“Because Mr. Morlue stopped Rep. Kolubah’s supporters from crossing the high tension wires over his house, the representative’s supporters got angry and violently moved into Morlue’s zinc house, and vandalized the entire house and then shot two rounds of single barrel gun on the scene,” the charge sheets narrated.

The sheet further indicated that as a result of the gun shot, some men of the district organized themselves, and were agitated leaving them to throw stones at Rep. Kolubah’s supporters, while Rep. Kolubah and his supporters were also throwing across the streets.

The charge sheet added that when the Liberia National Police (LNP) arrived at the scene and contained the situation, Rep. Kolubah’s supporters moved to the newly renovated market building that is adjacent the Representative’s office in the district, and threw stones at the market, thereby destroying the roof of the market, and some light bulbs.

The sheets continued that while the police were patrolling the intersection of Chugbor and Smyth Road (in the district) they heard four rounds of gunshots at the position of Rep, Kolubah’s  residence, which later led them there. The charge sheet also pointed out that the police discovered a Nissan Pickup with license plate #HOR-65, and a  RAV- 4 Jeep with license plate #A44209 belonging to the district’s lawmaker, three of his district’s offices, and a flat scream TV; while two other cars belonging to one Arthur Collins and Color Gray’s windshields were all damaged.

But, according to the police charge sheet, when Rep. Kolubah’s supporters who were arrested during the riot were quizzed about their involvements in Sunday’s, they denied being a part of the violent incident which resulted to the damages of both Rep Kolubah and Mr. Morlue’s properties.

They were however forwarded to the Monrovia City Court and charged with Criminal Attempt to Commit Murder, Burglary Rioting, Criminal Facilitation and many other crimes.

The accused are awaiting court trial.