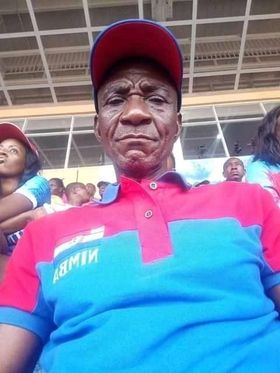 Nimba County’s tough-talking Representative in the House of Representatives, Larry Younquoi, has revealed his intention and determination to contest against Senator Prince Y. Johnson, alias, “PYJ,” and democratically unseat him from the Upper House come 2023 elections.

It may be recalled that during the 2017 Representative and presidential elections, Senator Johnson, widely believed to be the “Political Godfather” of Nimba County,  told  Nimbaians that without his support, nobody can win senatorial or elected post in Nimba County.

At the time, PYJ referred to himself as the “political carpenter” as such, any politician falling out of favor with him politically would never win any elected post in Nimba County.

Interestingly, such assertion by PYJ was categorically rejected by Rep. Younguoi at the time.

Representative Younquoi also said he was going to win Nimba County District 8 seat in the Legislature without the support of Senator Johnson in the 2017 presidential and legislative elections, something he successfully accomplished.

Speaking on a local media Representative Younquoi alleged that Senator Prince Johnson recently violated the democratic policy of the Nimba County Siting by refusing to discuss the county’s development fund and the elections of the Project Management Committee (PMC).

According to him, Senator Johnson likes to impose his will on the people of Nimba.

According to him, all of the delegates of the recent county sitting from the various districts elected those leaders of the Project Management Committee through a democratic process, contrary to Representative Younquoi’s claims.

He further said Rep. Younquoi  is misinforming  the public.

Senator Johnson vowed to defeat Representative Younquoi if he (Younguoi) contest against him in the 2023 senatorial elections.

Senator Johnson said Representative Younquoi is unable to develop a district that he is presently representing.

He told the media: Senator Johnson has not built one room in his home town but “I have compounds in my Town and farms,”