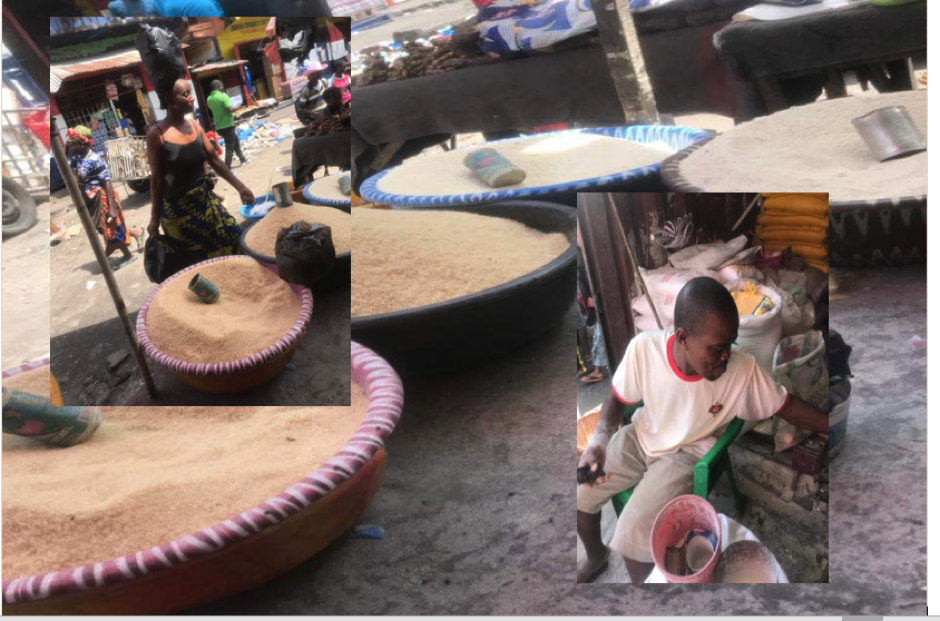 Liberians across the country, mainly the retailers of rice, are calling for the immediate effect of the recent mandate made by President Weah when he toured several rice warehouses.

President Weah on Wednesday, April 7, 2022, toured a few of the warehouses, including those belonging to West Africa Trading (SWAT), KK, Foauni, and United Commodity Incorporated (UCI). The Liberian leader spoke against the increment in the price of rice in the country.

The President also warned against increasing the price of rice on the market contrary to the government’s approved price of $13.00 USD, emphasizing that the rice must be sold at the right price.

Despite the fact that businesspeople are constantly profiteering, he assured the Liberian public that the government will strengthen its monitoring mechanisms to deter would-be violators. “We will enforce the law to ensure that we deter those trying to blow up the price,” President Weah stated.

President Weah also blasted the media for what he calls, “providing misinformation to the public on the rice situation,” stressing that there is plenty of rice in the country.

However, on Tuesday, April 12, 2022, our reporter spoke with some rice retailers at the Rally Town Market on UN Drive about the current situation of the rice. According to them, they are still finding it difficult to purchase rice from wholesalers.

Nealbel Kuku, a retailer in the Rally Town Market, said that he is still finding it difficult to purchase rice.

Kuku indicated that the wholesalers do not want to be fair with them when they go to purchase rice from various companies.

The wholesaler won’t allow us to purchase the kind of rice we want. Instead, they are forcing us to buy other types of rice, like fanfan rice. If you go to buy the long grain parboiled rice, they will tell you the setting number of the fan and the parboiled rice, Kuku said.

He emphasized that the wholesalers are making the purchasing of rice difficult for retailers, and sometimes when they go to purchase rice, they will stay the whole day, and at the end of the day, they leave with their goods.

Kuku admitted that he was buying the rice for 13.00 USD, but to get the quantity of rice that he needed was a serious bureaucracy.

He mentioned that it was good for the President to do an inspection on the rice business and he found out that there was a huge quantity of rice in the country. As such, he claimed that the wholesaler lied to the President.

Yes, they told the President that prices are good and the President himself mandated that the rice be sold at a stable price. Yes, we agree, but the beauty in getting the rice now is that we are not understanding anything again, so we are calling on the government to step up their gain so that this rice business can be done with because we are still finding it difficult to purchase,” he noted.

Also speaking with our reporter, Williams J. Koigblee disclosed that he is buying a bag of rice for 13.50 USD and selling a cup of rice for 50 LD.

Koigblee did not disclose the name of the wholesaler but emphasized that he is still finding it difficult to purchase rice.

He said that before, when they purchased the rice, the company would transport it for them, but this time around, they are not doing it again.

So, if I am opportune to get a few bags of rice and transport them myself, at the end of the day, I will sell it at a special price so my money can come out. This is what is happening around here.

He used the time to call on the government to take the crisis of rice into serious consideration, emphasizing that rice is a major food in Liberia, so it should not be difficult for ordinary people to get.

For her part, Pinky Davies, who wanted to purchase a few cups of rice from Kuku rice store, told this paper that before buying the rice from Kuku, she asked other rice retailers how much for a cup they said, 60 LD for a cup.

She used the medium to appeal to the government to do something for the poor people because, according to her, not everybody has the means to buy rice by the bag or 60 LD per cup.

“Why is it that the citizens are striving to survive? The government should put effort into making food affordable for its citizens. Rice is our staple food, so we should not be suffering to get it like what is happening now,” she noted.