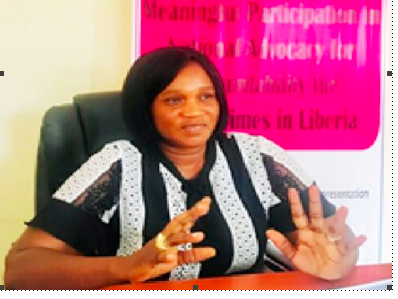 MONROVIA: Over 10 Liberia’s civil society, especially human rights defenders, say they are deeply concerned and disappointed over the increasing wave of human rights abuses and violations allegedly perpetrated by paramilitary groups under the banner of the ruling Coalition for Democratic Change (CDC)/Council of Patriots.

According to a release over the weekend, the group said in a joint statement that this action is posing a greater security threat amongst citizens, pro-democracy groups, and human rights defenders.

The group in the release reminds the government of Liberia as a state party to regional and international human rights instruments to ensure the full protection of all fundamental rights of people living in the country.

According to the release, the attack on the personal integrity, security, and dignity of the protesters on July 26, 2022, in the City of Monrovia is worrisome and undermines the security of the state.

“We remind the government about its obligation under Chapter 3, Article 17 of the 1986 Liberian Constitution, which provides that all persons at all times, in an orderly and peaceful manner, shall have the right to assemble and consult upon the common good, to instruct their representatives, to petition the government or other functionaries for the redress of grievances,” the release said.

The release noted that Article 21 of the International Covenant on Civil and Political Rights,

(ICCPR) provides that: the right of peaceful assembly shall be recognized; no restrictions may be placed on the exercise of this right.

Furthermore, Article 11 of the African Charter on Human and People’s Rights states that: (every individual has the right to assemble freely with others…), all democracies strive to respect and protect the human rights of citizens.

Human rights are those values that reflect respect for human life and human dignity, democracy, the release said.

The CSOs and the human rights community demand urgent action be taken to arrest, investigate, and prosecute these illegal groups to avoid anything that would undermine the peace and security of the state, especially going towards the 2023 general presidential elections in Liberia.

Furthermore, the posture and behavior of these self-proclaimed militant groups supported by political parties and politicians endangers national security, undermines the rule of law, and undermines efforts to sustain democratic gains made thus far.

The CSOs and the human rights community also observed the attitudes of some national security officers, especially the Liberia National Police (LNP), while these human rights violations continue in the country.

The human rights defenders used the occasion to call on the government of Liberia through the leadership of President George M. Weah to protect all residents of Liberia, ensure respect for the rule of law, and speak against the lawlessness and explain the killings and deaths ongoing in the country over the past few years.

The defenders expressed disappointment in the Ministry of Justice and the security sectors for their unprofessionalism in dealing with lawlessness in society and called for urgent action to enhance national security for all.

The human rights defenders call on the international partners and diplomatic missions in Liberia to ensure the government adheres to international and national standards for human rights protection, peace, and security as these are fundamental rights that need to be protected and guaranteed for all Liberians irrespective of political affiliations, wealth, gender, and color.

“This action moving into the elections will increase fear for citizens, especially women who are interested in contesting for political offices, as there is fear in the country for the level of unexplained killings and deaths and violence in society,” the release noted.

The release stated that mob violence is unacceptable; therefore, call on the regional and international communities, as well as civil society and concerned citizens, to engage and follow up with the Liberian government to act in the interests of peace and justice for all.

“I am personally passionate about gender equality”