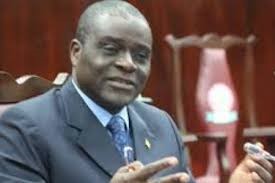 —- Says, If We Can’t Elect Them, We Should Appoint Them

Senator Coleman said, the appointment of women from diverse professional backgrounds to serve in key government positions is in line with international law.

The Senate Gender Committee Chairman indicated that this legal instrument considered male and female living on this planet as equal beings with equal protection under the law.

He emphasized that Liberia, being a signatory to the First United Nation Convention, it is mandatory of its leader, President George Manneh Weah, to take the first step in protecting the rights of women in Liberia.

The Lawmaker however, expresses disappointment in the failure by voters to support the legislative bid of female contestants, thereby creating huge gaps between men and women representation in the two Houses of the Liberian Legislature.

Participating in Senate Cross Examination for female nominees, Mawine Diggs, at the Capitol Building this week, the Grand Kru Lawmaker hailed the government for the current wave of women appointments.

The Senator said “if we can’t elect them (Women), we should appointment them”.

Senator Coleman also used the occasion to urge the nominees and all other women holding top positions in government to champion the cause for the protections of the right of females not only in Liberia, but the entire world.