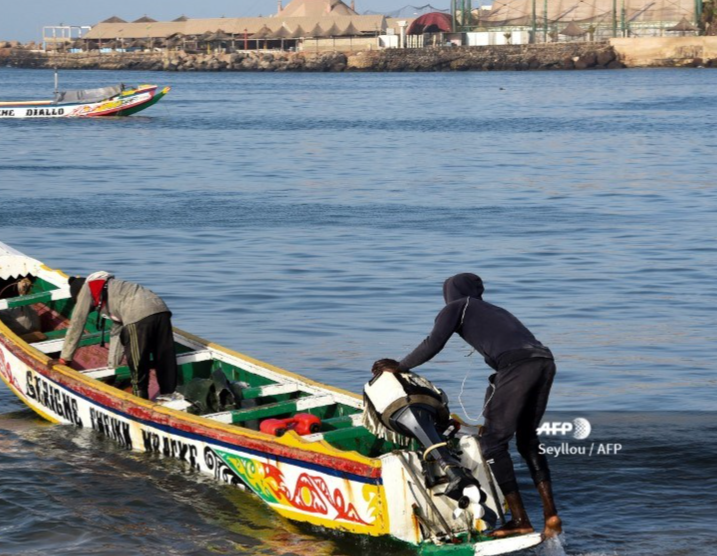 A fisheries watchdog group, the Brussels-based Coalition for Fair Fisheries Arrangements (CFFA), has accused a Senegalese-Spanish company of plundering Liberia’s valuable shrimps that can be sold at the approximate retail price of US$80 per kilogram, Women Voices has reliably gathered.

According to CFFA, the Senegalese-Spanish company, SOPERKA S.A., a subsidiary of the Spanish Grupo Pereira, is taking advantage of an experimental license intended for research purposes, and is paying less taxes, as it allegedly plunders Liberia’s valuable shrimps and robs the country of millions of dollars in profits.

The groups says under the Senegal-Liberia Agreement, two Senegalese flagged trawlers, the SOKONE and the KANBALL III, belonging to the Senegalese company SOPERKA, received temporary authorization for experimental fishing in Liberian waters, but noted that these trawlers are bottom trawlers, each almost 40 metres long., and that data collected on Global Fishing Watch show that they trawled extensively, on deep water reefs, in July and August 2021.

On 11 September 2021, CFFA says, a third vessel, EL AMINE, also part of the SOPERKA fleet, arrived from Dakar and began trawling on the same reef as KANBAL III.

According to CFFA, these Senegalese-owned powerful trawlers operate on the deepwater reefs off Greenville, Sinoe County, for a valuable resource, the deepwater red shrimp, known as Carabineros in Spain, the largest prawn in the world.

Under the Senegal-Liberia agreement, the operators of these trawlers, which do not land any catches in Monrovia, are required to pay 10 per cent of the ex-vessel value of the fish caught, according to CFFA, which said the amount paid will depend on the catches declared by the captain and the values realized by the operators.

The CFFA stated that it needs also to be noted that, thanks to the experimental fishing authorization the Senegalese company has, the operators avoid paying the 10% export tax that would be due if they had a regular license.

The fisheries watchdog intoned that the methods of payment are not specified in the experimental fishing authorization, adding that moreover, in contravention of the conditions set for research fishing in Liberia, the operations of the trawlers targeting deep water shrimp have not been subject to a research plan, and thus the data to be collected is not defined.

“There is also no plan for communicating the results of the research, and there is no specification of the environmental impacts to be monitored in the license conditions,” CFFA stressed.

In summary, the CFFA said the activities of the Senegalese fishing vessels in Liberian waters are not transparent, and it is highly unlikely that they will produce useful data for resource assessment.

“Is the objective really to improve scientific knowledge of the targeted resources, or to find through this ‘experimental fishing’ a way to exploit their economic potential, by intensively fishing resources of high commercial value? The group wonders.

The CFFA recalls that the KANBAL III was suspected in 2017 of reducing the opening of the meshes in the net, a technique that makes trawling less selective, although Senegalese authorities did not arrest the vessel in the end.

The group raised concern on the methods of fishing being carried out by the Senegalese fishing boats, indicating that “One would expect that vessels engaged in experimental fishing designed to gather information on the sustainability of the operation would themselves be committed to sustainability.”

CFFA continues: “One might wonder about the KANBAL III, which was singled out in 2017 because there were indications that the vessel had used a technique to reduce the opening of the meshes in the net, making its trawling even less selective. At the time, Senegalese authorities did not see fit to arrest the vessel, promising further investigations.”

The CFFA further says another reason for concern is that, so far, neither the KANBAL III or the EL AMINE nor the SOKONE have entered the port of Monrovia.

“Indeed, a good way for a country to control the catches made in its waters is to inspect the vessel upon its arrival in port,” the group noted with sarcasm, emphasizing that “the conditions of the experimental fishing authorization provide for this to be the case, unless the port in Liberia is not operational to receive the landing of catches taken by industrial fishing vessels. In that case, the license expressly states that the landing shall be made in Senegal.”

According to CFFA, the only verification of catches is by a single observer on board, which the group says falls short of what the Liberian law requires for research fishing.

It pointed out that in the absence of actual independent verification of catch reports, regardless of the port where the catch is offloaded, and with Liberia foregoing the export tax revenue, the economic benefits that can be realized by Liberia are probably below expectations for the exploitation of such high value resource.

Howbeit, CFFA is of the belief that this could change in the future, as on the 19th of October, Liberia signed a financing agreement with the World Bank for the Liberia Sustainable Management of Fisheries project, worth US$ 40 Million, adding that through this agreement, it is expected that the completion of the Mesurado Pier into an industrial port will allow more than 77 industrial fishing vessels to land their catches in Liberia.

The group, which quoted Madam Emma Metieh Glassco, Director general of the National Fisheries and Aquaculture Authority (NaFAA), as saying the three times expansion of the Mesurado Pier will lead to the creation of huge job opportunities for Liberia and Liberians, provide huge supply of fish on Liberian markets at a cheaper rate, reduce the net importation of fish, emphasized that however, for the time being, the multi-million dollars profits from the deepwater shrimp catches are almost entirely lost to Liberia.

The group claims that in the last months, trawlers of Spanish origin, registered in Senegal, have received an experimental fishing temporary authorization to fish Liberian deep-water shrimp, through the Senegal-Liberia bilateral agreement.

In both cases, CFFA states that the vessels are fishing intensively in specific locations, causing concern about the impact of this fishing on fragile resources.

The CFFA  notes that while there is no clear definition at the FAO level for this type of fishery, some regional fisheries organizations, such as the Commission for the Conservation of Antarctic Marine Living Resources (CCAMLR), specify that experimental fisheries are fisheries for which it is necessary to collect sufficient information to assess the distribution, abundance and demography of the target species, thereby enabling the potential yield of the fishery to be estimated; to examine the potential impacts of the fishery on dependent and related species and to enable the Scientific Committee to formulate and provide advice on appropriate catch and effort levels and fishing gear.

The fisheries watchdog group intimated that it’s clear that the aim of experimental fishing is scientific, but wonders whether it is so in the case of Liberia, like in the case of the Senegalese fishing boats.

A fishing agreement was signed between Senegal and Liberia in 2019, allowing access of Senegalese artisanal, semi-industrial and industrial vessels to Liberian waters. For industrial fishing, the agreement includes access for 2,000 GRT (up to 5 trawlers of 250 GRT each), according to CFFA, which argues that Liberia’s Fisheries Law of 2019 does not provide for experimental fishing, but only for research fishing for scientific purposes.

Citing the country’s 2019 Fisheries Law Part 3 – section 10.24, which speaks to Conditions for research fishing, as it reliance, CFFA noted that this research fishing is subject to a series of conditions.

The CFFA stated that the law also suggests that the authorization should be subject to “a requirement for the holder to undertake an environmental impact assessment of the research.”

The group infers a violation of the 2019 Senegal-Liberia bilateral agreement by the Senegalese-Spanish company, by pointing to Article 3.7, which the group says states that these fishing opportunities “shall be considered as experimental fishing until such time as the stock assessment makes it possible to know the potential. Observer coverage must be 100% for trawlers.“