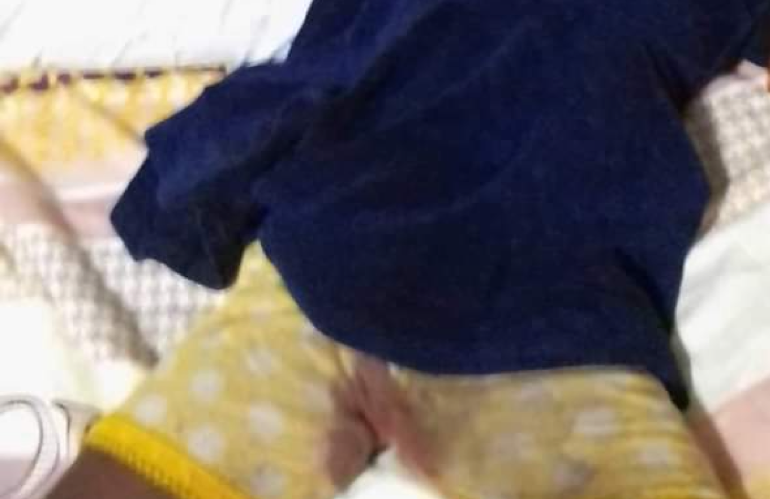 According to the facts acquired by this paper, a 17-year-old teenager named Kwesi Johnson, a resident of the Soul Clinic Community, raped the baby girl in the yard while grandma was in her garden.

However, Madam Ne-Suah Beyan-Livingston of the Rescue Abandoned and Children in Hardship (REACH), who was the first respondent on the scene, told this paper that her phone rang on Friday night and some residents of Soul Clinic were yelling her name and pleading with her to come to the rescue of their community baby.

Madam Livingston indicated that it was very late, but being that it was a child’s life that was on the line, she decided to take the risk and rush on the scene, and when she got there, she saw the little child with blood all over her pants.

“Immediately we rushed the child to the Soul Clinic Hospital, but before that, I asked the child who did this to you and she was able to call the name of the perpetrator, who is Kwesi Johnson,” Madam Livingston said.

According to Madam Livingston the child is not related to her by blood but for the fact that they are from one country Liberia she had to do what was needed because she runs a non-for- profit organization that provides consoling for rape survivals, scholarship and medical bills for SGBV survivors.

She went on to say that when she spoke to the three-year-old child’s grandmother, identified as Elizabeth, she explained that the little child’s biological mother, only identified as Theresa, had a sick baby and took the child to the Duport Road Clinic for treatment while she (the grandmother) was in her back yard garden, so they left the three-year-old rape survivor to play with her friends in the yard, and there was no older person around except for the grandmother. Madam Livingston stated that the perpetrator was arrested and taken to the Soul Clinic Police Deport.

When queried about the perpetrator’s age, she stated that his age was contradicting since anytime a case of rape arises, the perpetrator’s parents strive to minimize their children’s ages so that the situation can be handled as a juvenile matter. As a result, they can’t be precise. Others claimed that Kwesi Johnson was 15 or 16, yet information indicates that he is 17 years old.

Meanwhile, she stated that the physicians’ medical report has not been completed, and that “from the looks of things, the child was seriously messed up because from the photographs and bleeding I saw, it does not look good.”

“This child continues to fight and is in excruciating pain. She was released from the hospital on Saturday evening and will return for a checkup,” she narrated.

Madam Livingston, on the other hand, is calling for the offender and all other rape perpetrators across the country to be sentenced to life in prison, emphasizing that rape remains a national emergency.

“Ricks Effecting Girls will be Eliminated with Improvement in Living Standards”