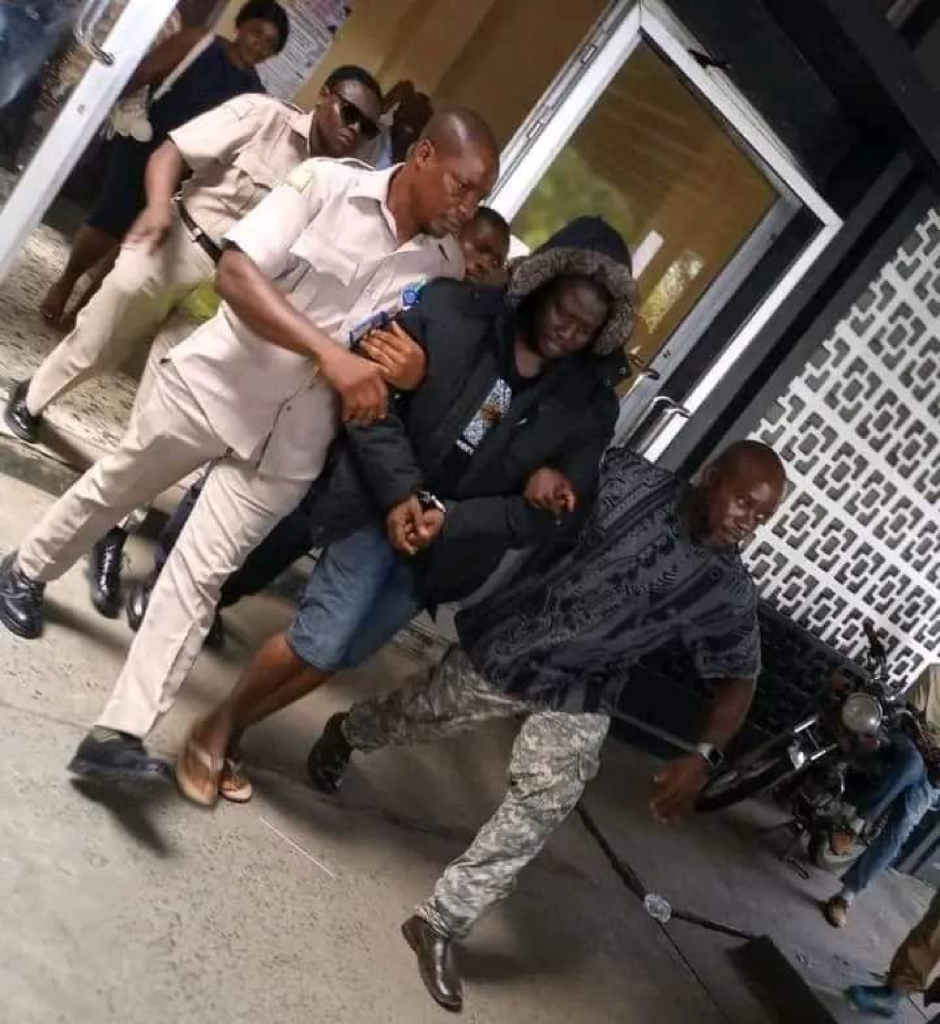 After being detained by the Liberia National Police (LNP) on July 4, 2022, James S. Togba, also known as Opoku, was handed over to the Crime Against Person Unit (CAPU) for his involvement in the death of Olando Broh, a member of the fuel oil community in Point Four.

Mr. Togba was charged by the LNP and given his Miranda rights before being transported to court. As a result of the LNP’s investigation, he was charged with MURDER and AGGREGATED ASSAULT for knowingly, purposefully, and willfully killing Orlando Broh and seriously injuring the survivor, Kendrick Karnley.

The murder and aggravated assault committed by James S. Togba in the interim violate Chapter 14, Sections 14.1 and 14.20 of the Republic of Liberia’s new penal code.

According to the police charge sheet, defendant James Togbah went to the Fuel Oil station in New Kru Town, Point Four, behind the Liberia Electricity Corporation power plant on July 4, 2022, in the evening hours to ask for money from the disgruntled youth (Zogoes), as he typically does when he encounters fierce resistance to his demand.

He was using illegal drugs and, in an effort to satisfy his demand, started damaging the tent that the underprivileged youths were using as cover.

According to the LNP charge sheet, James S. Togba returned to ordering everyone to leave the tent after realizing that his actions were having no effect. He wasted no time and moved a few steps in the opposite direction before advancing his 9mm Smith and Wesson pistol with Serial # MRA 0532 and firing directly at the underprivileged kids, striking Olando Broh of New Kru, Colonel West, in the chest beneath the right breast.

A clear violation of rule four of the four (4) cardinal rules of the fire arm was committed by Mr. James O. Togbah when he fatally shot victim Broh. This rule states, “Beware of your target and what is beyond your target.”

Kendrick Karnley also suffered a serious wound to his right hand as a result of James O. Togbah’s uncalled-for discharge of fire, which also caused the death of Orlando Broh, another victim.

At the same time, Orlando Broh’s widow, Miss. Tracy Weah, kept pleading with the government to bring her late husband’s killers to justice as well as with charitable organizations and other philanthropists to assist her in providing for her three children.

Transcribed: “I am requesting assistance from the government and those people who can aid, as well as justice for my husband.” Three kids—two boys and one girl—were born to my spouse and me. Our older son, who is 19 years old, will graduate from high school this year. Our oldest daughter is twelve years old, and our last son will soon turn three. My current challenge is figuring out how to care for these kids and get them to school without their father’s assistance”. She stated with tears in her eyes, “I’m truly broken and in severe tears”.