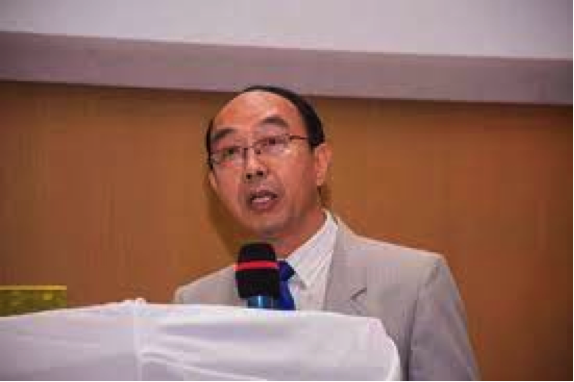 The People’s Republic of China has expressed shock and disappointment over Liberia’s recent action of co-signing a cross-regional joint statement on the human rights situation in Xinjiang. The Chinese Government in a zoom press conference on Thursday December 2, 2021, through its Embassy accredited near Monrovia said western countries to undermine its development trajectory and security have misrepresented situation in Xinjiang. China said it came as a shock for Liberia that it considers as a good friend and brother of China, is among those countries that have supported the joint statement.

The China Ambassador said he would suggest that Liberia considers its previous position to have been out of misleading information and make a determination to retract its signature from said document.

“China is shocked and disappointed that Liberia, a good friend and brother of China, is among those countries that have supported this “joint statement”, and it is in fact the only African country which has diplomatic relations with China that has done so”, China said.

China recounted that on October 21, at the ongoing 76th Third Committee Session of the United Nations General Assembly (UNGA), some Western countries made a “joint statement” on China’s human rights situation, using the Xinjiang issue to carry out allegations against China, which it described as unwarranted.

China is calling on Liberia to open her eyes to discern the truth, not be deceived by those, it considers as having ulterior motives, and stand on the side of correctness and justice with concrete actions.

“We sincerely hope that Liberia can keep her eyes open, discern the truth, not be deceived by those with ulterior motives, and stand on the side of correctness and justice with concrete actions. On human rights issues, China advocates to respect the right of people of all countries to independently choose their own path of human rights development according to their national conditions. We believe that the realization of the right to subsistence and right to development is a top priority issue for most of the developing countries. China advocates the promotion and protection of human rights through constructive dialogue and cooperation, opposes the politicization of human rights issues and the practice of double standards, and opposes interference in others internal affairs under the pretext of human rights.

These countries in a statement said they were particularly concerned about situation in the Xinjiang Uyghur Autonomous Region. It said credible-based reports indicate the existence of a large network of “political re-education” camps where over a million people have been arbitrarily detained.

“We have seen an increasing number of reports of widespread and systematic human rights violations, including reports documenting torture or cruel, inhuman and degrading treatment or punishment, forced sterilization, sexual and gender-based violence, and forced separation of children. There are severe restrictions on freedom of religion or belief and the freedoms of movement, association and expression as well as on Uyghur culture. Widespread surveillance disproportionately continues to target Uyghurs and members of other minorities”, the statement read.

In the Wednesday December 2, 2021 press conference, China denied allegation of systematic human rights violations, including reports documenting torture or cruel, inhuman and degrading treatment or punishment, forced sterilization, sexual and gender-based violence, and forced separation of children in Xinjiang Uyghur Autonomous Region, terming it as western propaganda and the biggest lie of the century.

“For some time, out of prejudice, ignorance and even malice, a small number of politicians, media outlets, and scholars in some Western countries have spared no effort to fabricate the so-called human rights issues of Xinjiang by spreading such rumors and lies as “genocide”, “forced labor”, “re-education camps”. These smearing attacks without a bottom line and a convincing basis seriously violate international law and the basic norms of international relations, and blatantly violate justice and conscience. Facts prove that “genocide” is the biggest lie of the century”.

China said over the past 40 years the Uyghur population in Xinjiang has doubled from 5.55 million to more than 12 million. The Embassy said the average life expectancy has increased from 30 to 72 years, stating that there is no “forced labor” in Xinjiang at all.

“It is completely out of nothing. In Xinjiang, workers of all ethnic groups freely choose occupations and locations according to their own wishes, and sign labor contracts with enterprises in accordance with the law on the principle of equality and self consent, and are completely free from any discrimination and coercion. According to data from the Xinjiang Agricultural Department, the machinery-harvesting rate of cotton in Xinjiang in 2020 had reached 70%’”, China said.

The Embassy said growers could order machine-picking services through mobile apps without leaving home. “There is no “re-education camp” in Xinjiang at all. It is completely fabricated out of thin air”. China said the essence of Xinjiang-related issues is the issue of countering violence and terrorism, de-radicalization, and anti-separatism; explaining that from 1990 to the end of 2016, thousands of violent and terrorist cases (incidents) occurred in Xinjiang, which, it says, brought serious disasters to people of all ethnic groups.

“Can any government tolerate this without doing anything? The Chinese government launched the fight against terrorism in accordance with the law, and at the same time, by drawing on the experience and practices of other countries including the Western countries to establish de-radicalization centers and other preventive counter-terrorism practices, set up vocational skills education and training centers in accordance with the law to save and help people who have committed terrorism, extremism, illegal or criminal acts to achieve stable employment, improve the quality of life, and achieve de-radicalization. This is fully in line with the principles and spirit of a series of counter-terrorism resolutions such as the United Nations Global Counter-Terrorism Strategy. By October 2019, all trainees of the centers had completed their studies, and most of them achieved stable employment and lived a peaceful life”, Chinese Government said.

The 43 countries in their statement called on China to allow immediate, meaningful and unfettered access to Xinjiang for independent observers, including the UN High Commissioner for Human Rights and her Office, and relevant special procedure mandate holders, as well as to urgently implement CERD’s eight recommendations related to Xinjiang. “We welcome the High Commissioner’s announcement to present her findings to date and encourage publication as soon as possible. In view of our concerns about the human rights situation in Xinjiang, we call on all countries to respect the principle of non-refoulement. We also call on China to ratify without delay the ICCPR”, the statement said.

In response, China said there have been no cases of violence and terrorism in Xinjiang for five consecutive years, and the rights to life, health, development, and national security interests of all ethnic groups have been maximized.

China said it has made unprecedented achievements in economic and social development and improvement of people’s livelihood in Xinjiang.

“Facts have proven time and again that some Western countries have meticulously concocted the so-called Xinjiang issue. They are not concerned with the “human rights of the Uyghur people” or the truth, but with the use of the so-called human rights issues to undermine China’s security and stability and to impede China’s development and growth”.

Meanwhile, the Embassy said nearly one hundred developing and friendly countries have, by making joint or separate statement, supported China on human rights issues at the same Committee session.

“As you may be aware that the so-called Summit for Democracy will be organized by the United States in a few days time. We believe that democracy is the common value of all people, and it is not to be monopolized by a few countries. What the USA has done is proof that democracy is just a cover and a tool used by the U.S. side to advance its geostrategic goals, suppress other countries, split the world and serve its own self-interests. The United States pursues bloc politics and incites confrontation under the cloak of democracy, reigniting a Cold War mentality and drawing widespread questions and opposition from far-sighted people in the international community. At the same time, China firmly opposes U.S. invitation to Taiwan authorities to attend “summit for democracy”. There is only one China, and the government of the People’s Republic of China is the sole legal government representing the whole of China. Taiwan is an inalienable part of China’s territory, and the one-China principle is a universally recognized norm governing international relations. Taiwan has no status in international law except its status as a part of China”.

China said it will never allow anyone or any force to hinder the great process of complete national reunification and undermine the bright prospects of the great national rejuvenation. “No one should underestimate the Chinese people’s determination and strong ability to defend national sovereignty and territorial integrity! China will be compelled to take resolute measures, should the separatist forces for “Taiwan independence” “provoke us, force our hands or even cross the red line”.

Chinese Ambassador said they regard Liberia as her good friend and good brother, stating that the two countries have supported and helped each other on many occasions. “The Chinese government and people will always remember the strong support rendered to us by the Liberian government and people during the most difficult time of our fight against COVID. Meanwhile, China is the first country to rush to support Liberia both in 2014 during your fight against Ebola and in 2020 against COVID-19.

China, in recounting its support to Liberia said since last year, the Chinese government has provided four rounds of anti-epidemic materials which include ventilators, oxygen concentrators, PPEs, medical protective masks, infrared thermometers among others (for example, the fourth batch of donation turned over last May included 180 ventilators and 50 oxygen concentrators). Sinopharm and Sinovac COVID vaccines have been validated by WHO for emergency use, and said China is ready to enter into cooperation with Liberia in this regard given the fact the pandemic continues to ravage.

“We are proud of some of the landmark buildings in Liberia including the SKD Stadium, the annexes to the Capitol building, the Ministerial Complex, and the Roberts International Airport terminal and its new run way built in Monrovia and Tappita Hospital built in Nimba County, all with Chinese assistance. Projects such as the overpass bridges on Tubman Boulevard, Somalia Drive-Sinkor Boulevard Road-bridge, and the 14 Military Hospital National Clinical Diagnosis and Treatment Lab are also making steady progress. China Union is preparing to resume production at Bong Mine and hopefully with a significant increment of investment,” the Ambassador said.

China said it has made some progress in agricultural technology cooperation projects, as reflected by the Agricultural Technical Demonstration Center and the Bamboo and Rattan Weaving and Vegetable Planting Technical Assistance Project. The Center enrolls 10 local young people for vegetable cultivation training for a term of 3 months each. They are provided with meals and $50 subsidy every month.

“It has expanded its pig breeding scale from 60 heads to 140 heads. It has newly added a wood processing and production line to create more job opportunities for local people. For the Bamboo and Rattan Weaving and Vegetable Planting Technical Assistance Project, more than 900 technical young people engaged in bamboo and rattan weaving and vegetable planting have been trained, and the weaving products and vegetables planted by graduates account for about 50% of the share of the market. People to people exchanges is an important means of deepening the understanding and friendship between nations. Over the years, Chinese government has provided hundreds of scholarships and many long-term and short-term training programs to Liberian nationals. In recent years, the Chinese government offer on average around 50 full scholarship opportunities together with more than one hundred training places both off-line and on-line depending on the pandemic situation. We are glad that some of you have been the beneficiaries of those programs and hope more will have similar opportunities in the future, the Chinese Ambassador continues.

Thousands Flee To Liberia, Others