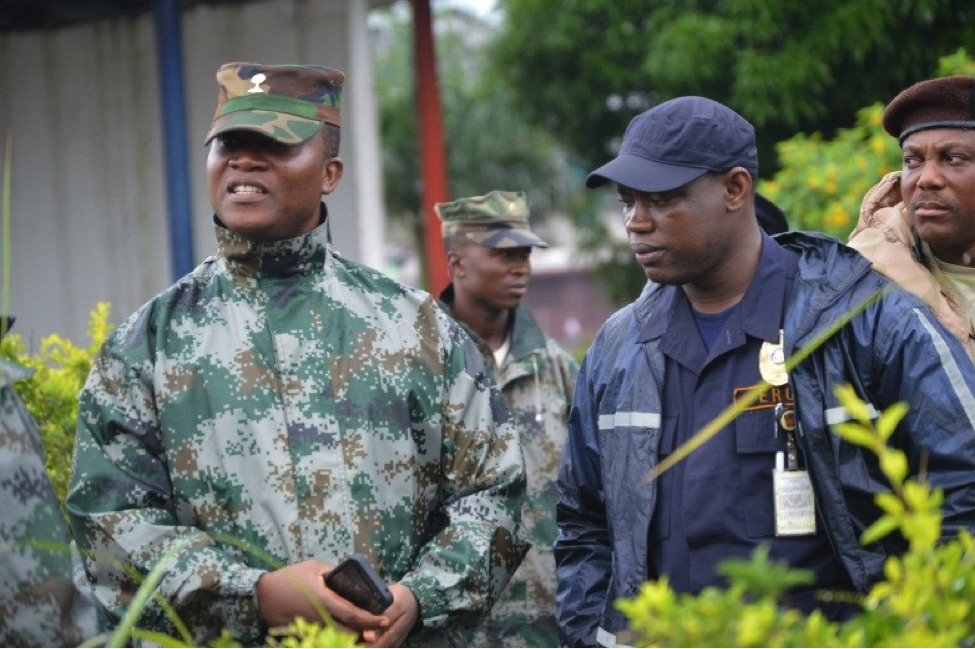 -Gov’t declares relatives, others as persons of interest

The Government of Liberia (GoL) has announced that it has declared as persons of interest, several individuals including relatives, private security personnel, drivers, among others, in what the GoL recently termed high profile murder cases in Monrovia.

It can be recalled, the lifeless bodies of three individuals were recently found in their homes – the deceased persons include two men who were sons of two former presidents of Liberia and a female officer of the Liberia Immigration Service.

As part of a full scale investigation, the Ministry of Justice has already ordered post mortem examinations on the remains of John Tubman, Maude Elliot and William R. Tolbert, III, who were all recently discovered dead in their homes.

But late Tuesday, following a Joint Security meeting in Monrovia, government announced that it has additional individuals to its list of persons of interest in the murder cases of the trio.

A Ministry of Justice statement issued late on Tuesday indicates that the Joint Security has constituted a Special Investigative Panel, comprising criminal investigation experts drawn from each of the country’s security agencies, to conduct a comprehensive and exhaustive investigation into the triple murder cases.

The Panel headed by the Crime Services Division of the Liberia National Police (LNP), according to the Justice Ministry statement, is mandated to explore every leads in these investigations and others, to a complete conclusion, as government says it works towards the protection of its citizens and foreign residents within the bailiwick of Liberia.

The Special Joint Security Investigative Panels says it is soliciting any information from the general public that could speedily assist in solving these three murder cases.

Last weekend, government announced a US$15k bounty for useful information that may lead to the arrest of culprits liable for the triple murders.

Meanwhile, the Justice Ministry says during a special meeting convened at the Ministry on Tuesday, the Joint Security reviewed every aspect of the country’s national security situation, and resolved to take several measures including augmenting its Community Policing Program, and increasing foot and mobile patrols, as means of combating crimes in the communities.

According to the Justice Ministry statement, the Joint Security further resolved to resuscitate community watch teams, to be vetted through the Community Watch Forum and the LNP. “The Joint Security renewed its commitment to the protection of the general populace and called on the public not to panic, as it rolls out several measures to enhance security,” the Ministry of Justice emphasized in its Tuesday statement.