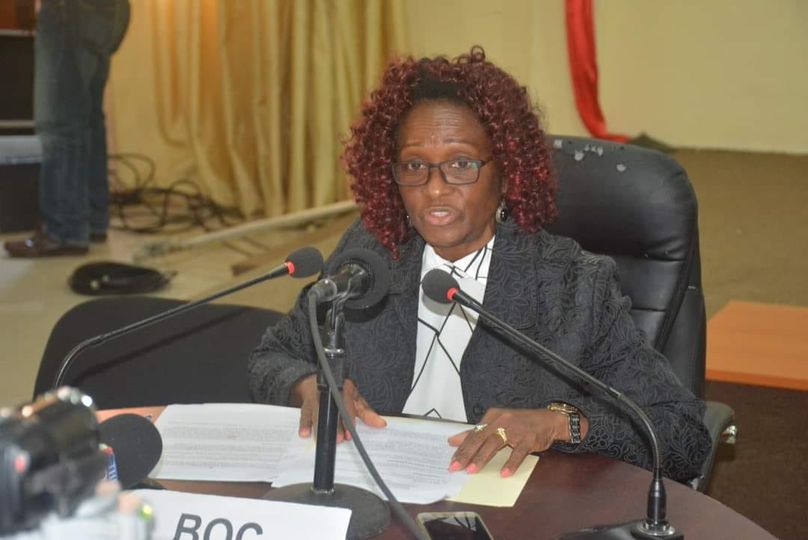 The Supreme Court’s stay order follows a Friday conference Justice Yuoh held with the petitioner and respondent lawyers in connection with a petition filed before the Court by ruling party senatorial candidate Alfred Koiwood.

Consistent with Chapter 16, Section 16.21 of the Civil Procedure Law of Liberia, the CDC candidate in the Gbarpolu senatorial election, Koiwood recently petitioned the Court for a Writ of Prohibition.

As a result of the stay order, the National Elections Commission (NEC) NEC chairperson Madam Davidetta Brown-Lansanah has been mandated by the High Court to halt any and all electoral related proceedings in the affected areas of Gbarpolu County pending the hearing and decision of the complaint filed before the NEC Election Magistrate in Gbarpolu, and up to the disposal of an appeal from any of the parties to the Supreme Court.

Our Judicial Correspondent further said that the Justice in Chamber’s mandate means, she totally agreed with the Petitioner’s lawyer Cllr. Arthur Johnson’s legal argument, that the Board of Commissioner of the National Election Commission blundered by conducting the election in Gbarpolu County in violation of

Prior to the Supreme Court’s decision to halt proceedings of the Gbarpolu’s rerun senatorial polls, the Petitioner’s lawyer Cllr. Arthur Johnson, using as reliance Chapter 3, Article 20(a) of the 1986 Constitution of Liberia, had argued that leading senatorial candidate Botoe Kanneh allegedly brought into Liberia several Sierra Leonean nationals to vote in the 8 December 2020 special senatorial election in that part of the country.