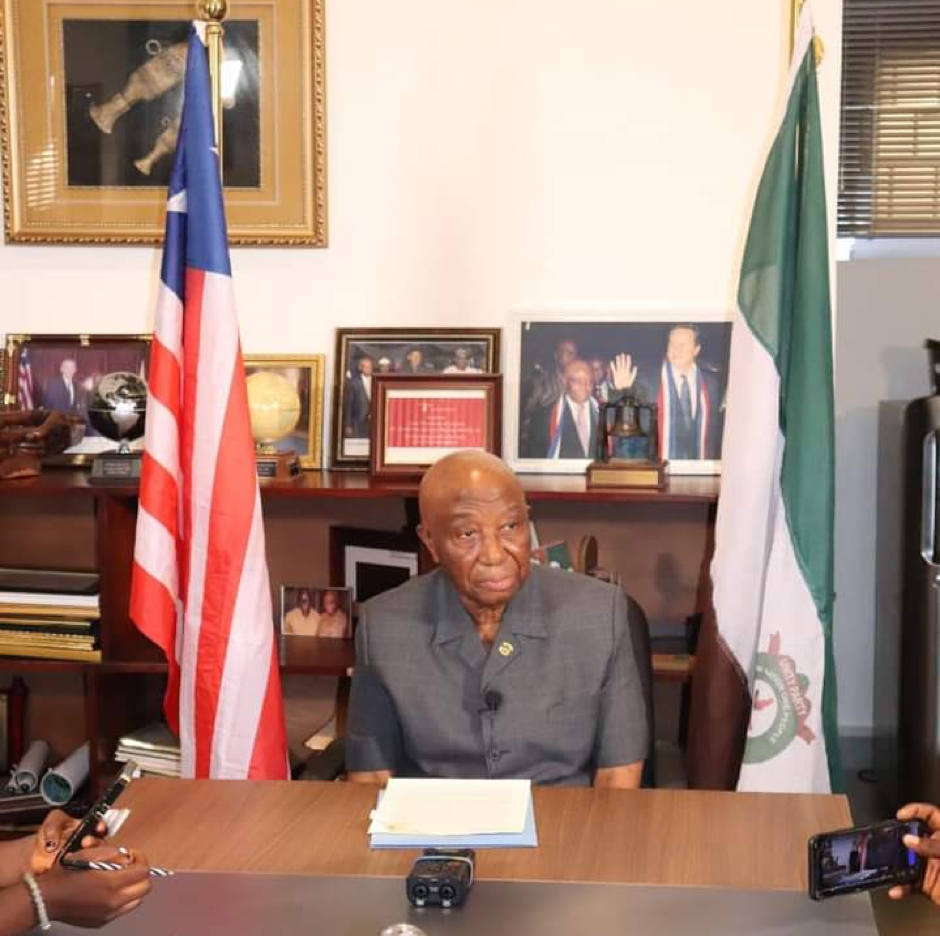 Joseph Nyuma Boakai, the former Vice President of Liberia and head of the Unity Party (UP), has announced plans to launch a committee inside the Joseph Nyuma Foundation to focus on and lobby against sexual and gender-based violence (SGBV) in the country.

Despite the passage of the Domestic Violence Act, the President’s proclamation of rape as a national emergency, and the adoption of a National Road Map, rape and violence against women and girls remain widespread in Liberia, according to the Liberian politician.

The statesman in a press conference at his Unity Party Headquarters on Thursday March 10, 2022, said, “Despite these pronouncements and policy documents, rape continues to increase while perpetrators get away with impunity. This is therefore a call for this government to take charge and be intentional and truthful about its declaration of rape as a national emergency. This government took an oath to protect its citizens, and that includes our women and children, “Ambassador Boakai said.

“In 2021 alone, the Ministry of Gender, Children and Social Protection reported 1,637 (One Thousand Six Hundred Thirty-Seven) cases. Of this number, 56% were reports of sexual violence and 50% were child survivors with Montserrado County accounting for the majority. We were also informed that of the rape cases reported, indictments were drawn for 6.23% of the cases, 3.60% of the cases were tried and 3.12% of the perpetrators were convicted. These are just for the cases that have been recorded and reported. Now imagine the actual number if all the ones that are handled “the family way” or not reported for fear of stigmatization or threats from the perpetrators were reported. Our women and children are indeed unprotected while the culture of impunity persists,” the Vice President said.

He said in the last few weeks, many reports of rape, including cases of a 4- and 6-year-old- raped together in Gbarpolu, a three-year-old and 2 year 9 months old. “We have sat and watched the future of these children being snatched right before us and we have done nothing! Rape is not only the women’s concern! Rape is all of us concern! In addition to what the government can do and has failed to do, the men of Liberia have to take a stand in solidarity with our women and children beginning today! I will also like to announce that The Joseph Nyuma Boakai Foundation will now add a new focus on making interventions and advocating for the protection of women and children against gender-based violence which will be coordinated by a committee I will set up. We will work closely with the women’s movement against gender-based violence and other civil society organizations to ensure this effort is impactful”.

In addition to motivating more men to join him and those who are currently fighting gender-based violence, the UP political leader reaffirmed some of the proposals that our moms, sisters, wives, and daughters make on a daily basis: As with any national public health emergencies, establish protocols and adhere to them religiously. Increase budgetary expenditures to the Liberia National Police’s Women and Child Protection Unit in order to boost its capacity. Appropriately support the Ministry of Justice’s SGBV Unit so that it can respond to and win sexual gender-based violence cases. Ensure that safe residences for survivors around the country are operational and well-supported. Increase the number of Circuit Court justices, he said.

“In previous communications, I have said, over and again, that the people of Liberia ought to rise up and demand that justice be done. It is unjust for our babies as young as three and two years old, our girls, our women and young boys to go through these kinds of traumatic experiences when we have the capability to stop what is happening”, the former said.

Ambassador Boakai called on the judiciary to dispense justice without fear or favor and to consider the current wave of rape cases in Liberia a matter of extreme national emergency, fast track cases, and bring the perpetrators before the law.