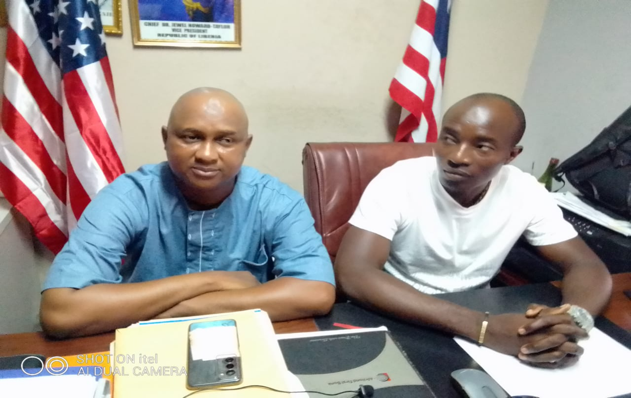 Mr. Dominic Nimely, President of the Patriotic Entrepreneurs of Liberia, and Mr. Mohammed Majah Barry, President of the Fulah Business Association of Liberia, said at a joint press conference on Tuesday, March 1, 2022, that the digital and electronic regime, which seeks to roll out the integrated revenue financial management system, would drive business people out of the country, adding that the policy is very bad for Liberia, which lacks stable electricity.

They claimed that the LRA’s new policy requires business people to buy computers from the LRA that have systems installed on them to help promote revenue generation for the government, alleging that the LRA is now selling computers to them for $700,400, or 350, among other things, as it has been done in supermarkets and other major business areas in the country, noting that the program and policy were introduced without informing them as stakeholders.

The Liberia Revenue Authority a day ago launched a digital platform to enhance revenue collection. The government’s revenue house said it was beginning the process with supermarkets, hotels and restaurant before extending to other businesses.

“We are asking the government of Liberia through the LRA not to impose policy or law on us because we are stakeholders and we need to make sure that our views are respected. The same policy they are fighting to implement in Liberia here was tested in Sierra Leone, but it did not materialize because of how things were unstable in the country. Sierra Leone President Ernest Bah Kromah struggled with it till his business people left the country. We foresee the same will happen in Liberia, “Mr. Nimely explained.

He called the whole thing a “adversity to the business community.” Mr. Nimely stated that LRA’s behavior demonstrates that they do not consider the business sector in any decision-making process or policy, although both sides should collaborate to help the government succeed. We

are advising them to research this policy and stop pushing it on us because it will force Liberians to close their businesses and relocate to other locations. We want our people to be educated, but now is not the time to do it.

We’re bringing in investors; please don’t have the government force the small investor to leave.”

Noting that the LRA described the policy to them during the discussion and that they did not accept their request due to the aforementioned criteria, the meeting concluded in confusion with no clear understanding, and the LRA promised to call them back to wrap things up.