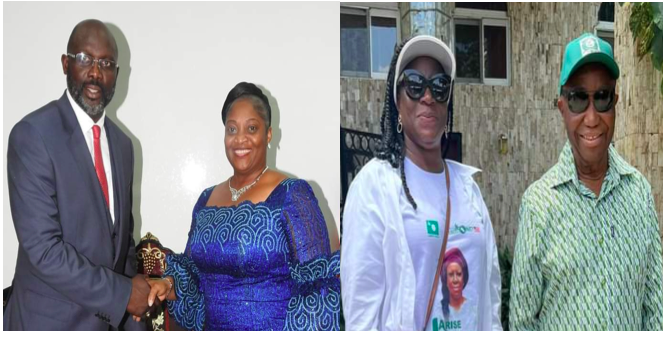 In the upcoming legislative and presidential elections in 2023, consideration of gender dynamics will play a significant role as a deciding factor. Over the course of recent years, it has become more and more apparent that the question of gender plays a crucial part in the political system of Liberia.

Since the election of Madam Ellen Johnson Sirleaf as the first female president of the Republic of Liberia, Liberian women have positioned themselves as key political actors. Madam Ellen Johnson Sirleaf was elected President of the Republic of Liberia in 2005 and was reelected in 2011. She led the country for twelve (12) years. Women have made it clear that they want equal representation and to be included in the process of making decisions at all levels.

In 2017, it became clear that the Weah and Jewel ticket was the one that voters found to be the most appealing and electable. In Liberia, the practice of electing males and females to the positions of president and vice president is gradually becoming the country’s standard practice.

As expected, the former Vice President of Liberia and standard bearer of the former ruling unity party, Joseph Nyuma Boakai, has finally settled on the decision of a running mate. Aside from being public knowledge, sources close to the Unity Party (UP) have told the writer that Grand Bassa County Senator Nyonblee Karnga-Lawrence is the hinted choice for running mate to the Unity Party’s (UP) former Vice President Joseph Nyuma Boakai.

Sen. Lawrence is a second-term senator of Grand Bassa County and the political leader of the crisis-prone Liberty Party (LP). Since the demise of Cllr. Charles Walker Brumskine, the funding father of LP, the party has known no peace. LP is divided between its Chairman, Musa Hassan Bility, and Sen. Kangar Lawrence. Part of the reason for the continuing crisis in the party is becoming clearer, as power is at the center of it all.

However, candidates for vice president for the Alternative National Congress (ANC) and the Liberia People’s Party (LPP), Mr. Alexander Cummings Cllr. Tiawan Gongloe, respectively, and others, have not disclosed their choices for running mates. There is a school of thought among political commentators that any candidate who is serious about winning the favor and support of people must select a female running partner or run the risk of being branded an anti-feminist.

In the meantime, many prominent women in positions of leadership in the battle for gender equality, women’s empowerment, and political involvement have hailed this new development as a significant victory in that fight. It is to be anticipated that Cummings and other politicians, like other political leaders in UP and CDC, will feel obligated to follow the positive precedents set by those political leaders and select a woman to serve as their running mate.

As we go closer and closer to 2023, contest for the presidency is becoming increasingly competitive as a result of Boakai’s rumored selection of Sen. Karnga Lawrence as his running mate.

Stealing power is illegal and criminal

“The Senate Must Act”