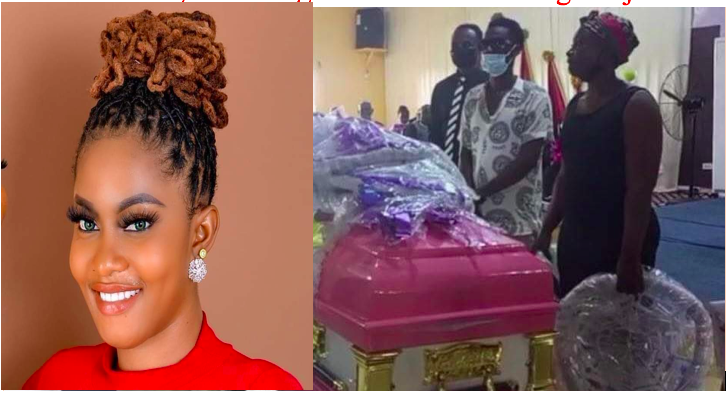 Weeping and crying could be heard coming from members of Princess Cooper’s family as she was laid to rest over the weekend.

The lifeless body of Princess Cooper was discovered in a property believed to belong to the FAWAZ Building Material Store near the ELWA Junction on March 24, 2022.

The family denied the findings of the contested autopsy report that stated tuberculosis was the cause of Princess’s death. Instead, they sought that another autopsy be performed by an impartial doctor.

Members of the family have stated, without mincing their words, that they were not provided with justice.

They claimed that the Liberian government was interfering with a legitimate investigation, but the government has repeatedly disputed these claims.

During the memorial service, the spokesperson for the family, Dr. Abel N. Momo, paid a special tribute to the deceased by saying, “Could this be considered justice if your lifeless body was left at the scene of the crime by someone who remained anonymous and who not even those responsible for your safety were able to account for?

Is this possible in a situation where the crime scene wasn’t protected? When it was discovered that you had died, normal company operations were allowed to continue for a few hours following the discovery. Could this be considered justice? Could this really be considered fair? People who had significant interests were led to the location known as “Save Heaven,” and those who were obligated to allow them go there did so.

Could this still be considered justice despite the fact that the Lebanese national and the person of interest has stated that he has never seen them before in his life? Could this be justice, considering that the same Lebanese national call log revealed that he was one of the people who had contacted you the very last time, Princess?

Is this justice, Princess? He wasn’t just insulting you; he was the last person who contacted you, and the call came in as you were at the ELWA junction.

When it took the authorities six days to request CCTV footage of the location where your body was recovered, how could this possibly be considered justice? They spent a total of six days on it. Could it be that justice has been served, Princess, when all of those things that were in there have been deleted?”

Regardless of the circumstances surrounding Princess’s passing, her ashes and remains have now been properly interred. The ultimate decision is solely in the hands of God, the highest possible judge.

Government gives an ultimatum to RedLight Marketers to move to Omega

VP Taylor to Stand Amongst 100 Most Influential African Women