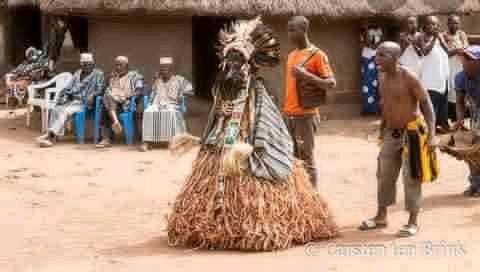 MONROVIA – Following days of seeking refuge in the bushes of Gbarpolu County, the lone senatorial candidate in the county’s just-ended senatorial election, Madam Botoe Kanneh has been rescued and taken into safety by women groups and human rights advocates in Liberia.

Electoral dispute in Gbarpolu recently reportedly sparked intermittent clashes between rival supporters of Madam Botoe and ruling party candidate Alfred Koiwood in the special senatorial election in that part of the country, leading to the female candidate fleeing for her life after she was allegedly attacked by a traditional group and state security officers.

Women Voices Newspaper (WVN) is yet to independently confirm reports of aggression carried out against Madam Botoe, but the National Elections Commission (NEC) recently alluded to news of election-related melee in Gbarpolu, and called off a planned rerun of polls in the county’s electoral district #3, citing among other things, volatile security situation in the area, as reasons for the cancellation of the rerun polls.

Howbeit, WVN has reliably gathered that after days of uncertainty over her fate, the lead candidate in the Gbarpolu senatorial race, Madam Botoe was rescued on Tuesday by women’s rights groups in the country.

WVN has been reliably informed by sources that the Gbarpolu County female senatorial hopeful, Botoe was flogged by some unidentified men and threatened with the “Country Devil’’ in a town called Nomodatonau, in Gbarpolu’s electoral district #3, near Liberia’s border with neighboring Sierra Leone, before she fled into the bush to seek sanctuary for fear for her life.

The women groups that came to the rescue of Gbotoe Tuesday disclosed to reporters in Monrovia about the well-being and safety of Madam Botoe, describing their rescue mission of the female politician as an “intelligent move” on the part of the women rescue team.

Facia Harris, spokesperson of the women rescuers and her team of women’s rights advocacy organizations, divulged that they intervened after receiving reports that Madam Kanneh was beaten, detained and threatened with the “Country Devil’’ in the Gbarpolu County.

According to Madam Harris, candidate Kanneh was allegedly beaten up by unknown men and chased out of the town, by “Country Devil”, where she and her supporters ran into a bush for safety and was strategically rescued by the women group.

“When we found Botoe, she couldn’t speak,” Harris said, adding, “tell me how you feel as a person or a woman left in a bush for three days without eating.”

Madam Harris further told reporters that prior to the unfortunate incident befalling the lone female senatorial candidate, one of nine contestants in Gbarpolu’s senatorial race, she was leading her male counterparts by 449 votes , a total of 4,722, accounting for 25.68 percent; followed by the ruling CDC’s candidate, Rep Alfred Gayflor Koiwood, who had 4,273, accounting for 23.24 percent, according to provisional results released by the NEC at the time.

Madam Botoe was still in the lead when the NEC, the authorized institution responsible for the conduct of national elections in the country ordered a rerun in Nomodatonau Town because according to Madam Harris, approximately 2,021 voters in the town, did not participate in the 8 December 2020 Special Senatorial Elections, after a Paramount Chief of the town, Magill Wuluah allegedly seize ballot boxes and election materials belonging to the NEC.

The actual reasons for Chief Wuluah’s seizure of the ballot boxes and electoral materials are yet scanty, but WVN has gathered that the local chief was allegedly acting upon the orders of Gbarpolu Superintendent J. Keyah Saah, who had reportedly instructed the paramount chief to do so, allegedly because preliminary results earlier announced by the NEC put Madam Botoe in the lead ahead of CDC candidate Rep Koiwood.

Harris informed journalists that the rerun of the senatorial election in Gbarpolu to complete the over 2,000 voters left out in Nomodatonau Town was scheduled to take place on December 15, 2020, but the day before the election, Chief Wuluah brought out the traditional male [country] devil, a tactic she said was intended to prevent Madam Kanneh and her supporters from entering the town to participate in the previously scheduled electoral process.

“In traditional societies, women are not supposed to see the male [country] devil,” said Harris, who disclosed that “in our investigation, we reviewed several video tapes where Gbarpolu County’s Superintendent J. Keyah Saah was seen threatening local officials that they would lose their jobs, if they do not vote for Koiwood, the CDC candidate.”

Harris naming the women groupings involved in the Botoe’s rescue mission as the Organization for Women and Children (ORWOCH), Paramount Young Women Initiative (PAYOWI), WONGOSOL, and Liberian Women Can Lead (LWCL), noted that they were alarmed by reports of election violence in Gbarpolu County meted against Madam Kanneh, adding that during their visit to the area, the team learned that Madam Kanneh was beaten and harassed along with several members of her campaign team.

Harris lamented that two women on the Madam Kanneh’s campaign team were raped while in police custody, stating that “the women experienced horrific forms of human rights abuses.”

“They were ordered to stand in the sun with their arms raised for hours without food,” she added.

The women groups condemned the act of violence against women, with specific reference the one meted out against female politician Botoe Kanneh.

“We strongly condemn violence against women in the ongoing elections, specifically [in] Gbarpolu County,” Harris said.

She added: “Traditional male [country] devil’’ and other cultural practices have no role in politics because they limit women’s participation.”

She stressed that the women groupings are particularly concerned that officials of government are creating barriers to prevent a leading female candidate vying for a seat in the male-dominated Senate, pointing out that the 30-member Senate has just one female, Grand Bassa County’s Senator Nyonblee Karnga-Lawrence, who Harris said won re-election in the just-ended Special Senatorial Elections.

She reminded government that Liberia is a signatory to many human rights treaties including the Convention on the Elimination of All Forms of Discrimination Against Women (CEDAW), United National Security Resolution (UNSCR) 1325, UNSCR 1820 and other human rights protocols that not only recognize women’s right to fully participate in political and public life, but also bans using rape as a weapon of conflict.

“Electoral violence is a crime against humanity,” Harris emphasized, adding that Section 10.21 of Liberia’s new election law encourages candidates and political parties to travel throughout the country to canvass for elections; subsequent provisions prohibit administrative, military/and or paramilitary from interfering with a person’s rights to participate in politics.”

“The new election law gives the NEC the authority to recommend to the government the dismissal of any official involved in interfering in the electoral process,” she further said.

Harris asserted that predicated upon the women groups’ findings, they are urging President George Manneh Weah to investigate these reports and take the several actions including investigating reported human rights abuses by the Liberia Immigration Services (LIS) and other military and paramilitary officers in Nomodatonau, commonly known as Nomor; investigate the voice recordings circulating on social media where Superintendent Keyah Saah is heard mandating local officials to vote for the ruling CDC candidate on the alleged instruction of President Weah, and immediately dismiss Paramount Chief Magill Wuluah of Nomodatonau (Jawajah Chiefdom, Kongba District, Gbarpolu).

The women groups also want President Weah to dismiss Superintendent Keyah Saah and other local government officials involved in disrupting the electoral process by seizing election materials and bringing out the male [country] devil, and instigating voter suppression, and all violations of the law and the Code of Conduct.

The women groups further recommend that investigation be conducted and those who perpetrated the rape of Madam Botoe’s female supporters while exercising their rights to political participation be brought to justice.

Continuing with their recommendations, the women groups added, “arrest all suspects involved in the threats, detention, assault on Madam Botoe and her supporters; issue a public statement to reassure women in District 3 that they would be protected when 2,021 voters head to the polls in the rerun; instruct the Ministry of Justice, Joint Security operations and other para-military officers to ensure the safety of citizens in Nomodatonau before, during and after the rerun; and urge the National Elections Commission to exercise the powers granted under the new election law to deregister and penalize political parties and their members from disrupting the electoral process including facilitating violence.”

The female rescue team then thanked women of Gbarpolu who worked tirelessly to bring what they described as the assault on Madam Kanneh and her supporters to the public.

“We wish to remind the government that what happened to Madam Boto and her supporters is not an isolated incident,” said Harris, adding, “rape and violence against women is on the increase, and in the last two years, there has been a rise in assaults against women during the electoral process.”

Harris emphasized that rape should not be used as a weapon in elections, saying, “it is a violation of women’s rights, and Liberia as a signatory to the various human rights laws, must comply.”

“We will continue our efforts to hold government accountable for the treaties and commitments it has signed to protect the rights of women and all individuals participating in electoral processes,” Harris concluded.