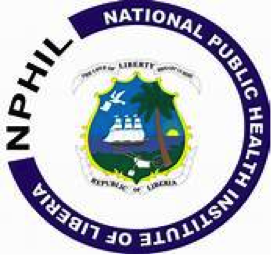 The United States Centers for Disease Control and Prevention (U.S. CDC) is supporting the Government of Liberia (GoL) to improve surveillance and reporting of suspected polio cases in Nimba, Bong, Margibi, Maryland, River Cess, and River Gee counties, according to a statement issued by the U.S. Embassy in Monrovia, Liberia.

This collaboration, according to the U.S. Embassy statement, reflects the need for expanded surveillance within Liberia to quickly identify and stop outbreaks of polio and other diseases.

The weakened virus vaccine is easier to administer so it is commonly used. On occasion, however, the weakened virus can regain the ability to infect and then be passed on within an under-vaccinated population. In fact, this recently occurred in Liberia in December 2020.

The U.S. CDC in partnership with the African Field Epidemiology Network is working with the National Public Health Institute of Liberia to identify, combat, and, most importantly, prevent polio outbreaks of this kind.

These community health workers also collaborated with district surveillance officers to support vaccination campaigns and improve awareness and reporting of polio as well as other diseases that can be avoided when community members are vaccinated.

Based on the success of this approach, the second phase, which began September 2021, expanded into six additional districts in Maryland, River Cess, and River Gee counties.

Africa was declared free of the wild poliovirus in August 2020, but it must detect and quickly respond to any new cases that stem from weakened viruses to prevent outbreaks.

“We know how to do this: The same strategies that helped eliminate wild poliovirus can also stop this threat,” the U.S. Embassy statement indicated, stressing that “It remains critical that all countries maintain strong disease surveillance and ensure all children are vaccinated.”

The statement emphasised that the U.S. CDC is committed to supporting these counties to improve surveillance for polio and other diseases that can be avoided when community members are vaccinated, as well as to continue close collaboration with the Ministry of Health and non-governmental partners in Liberia to stop outbreaks.