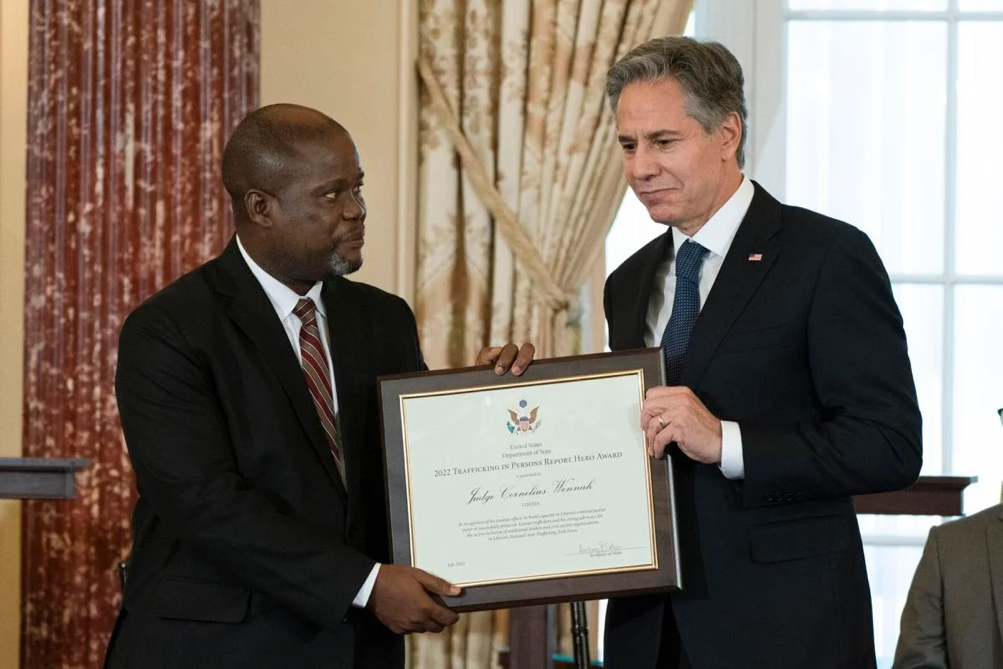 According to a release from the US embassy, Liberia has been elevated to Tier Two, up from the Tier Two Watch List last year.

The TIP Report is the U.S. government’s principal diplomatic and diagnostic tool to guide relations with foreign governments on human trafficking. It is also the most complete list of government efforts to stop trafficking in the world. This shows that the U.S. government is committed to taking the lead on this important human rights, law enforcement, and national security issue around the world.

As required by the Trafficking Victims Protection Act, the TIP Report assesses government efforts around the world to combat human trafficking and highlights strategies to address this crime and protect the victims. This year’s report, the 22nd one, has stories about 188 countries and territories, including the United States.

During the ceremony, Secretary Blinken announced Liberia’s own Judge Cornelius Flomo Wennah, Residential Judge of Criminal Court “E”, Ninth Judicial Circuit, Bong County, as one of the 2022 TIP Report Heroes. The TIP Report Heroes are people from all over the world whose hard work in the fight against human trafficking has made a lasting difference.