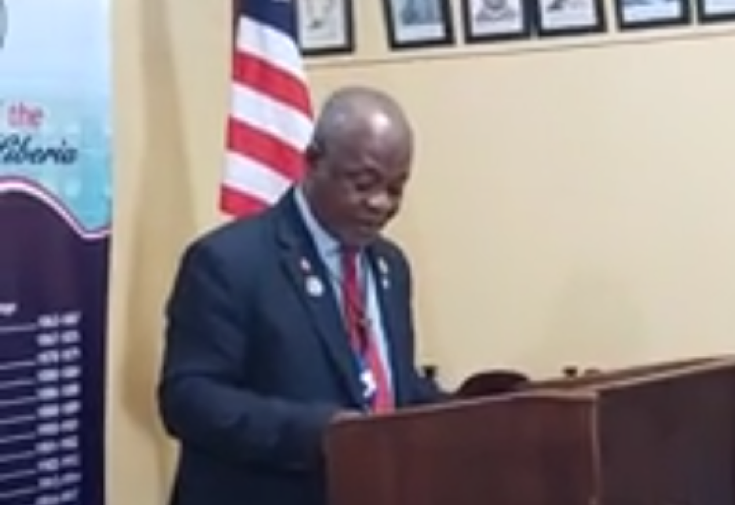 Although the UL Administration arranged a meeting between the MFDP and the leadership of the University of Liberia Faculty Association (ULFA), at which time the MFDP clarified the issue of double dipping of employees, President Nelson said it is unfortunate that the University of Liberia Faculty Association (ULFA) reportedly passed a vote of no confidence in his leadership and administration at its called General Assembly on Wednesday, June 15, 2022. He, on the other hand, indicated that they had not seen or received an official resolution from the just finished assembly, and that they had only gotten the information through the press and public.

“Unfortunately, the University of Liberia Faculty Association (ULFA) reportedly passed a vote of no confidence in our leadership and administration at its called General Assembly on Wednesday, June 15, 2022, on the grounds that we took and implemented a direct mandate from the Ministry of Finance and Development Planning to take action against some ULFA members allegedly involved in “double-dipping.” We did not see or receive an official resolution from the recently finished assembly, and instead relied on information obtained through the press and public,” he said.

“Double-dipping (having two full-time government jobs) within government employment, according to the GoL/MFDP, hinders the government’s ongoing pay reform efforts and also violates Section 9.10 of the Code of Conduct.

“Public Officials and Employees of the Government shall not, while receiving or being paid salaries by the government, also receive or be paid salaries by any other public office unless it is established that such additional employment is in the public interest [e.g. teaching at public educational institutions]

As a result, the president stated that the Ministry of Finance and Development Planning has indicated that all full-time employees of other central government agencies will eventually be transferred to part-time status at public educational institutions.

In order to ensure a smooth reopening of school on schedule (June 27, 2022) following the previous postponement, the UL Administration said it wrote a letter of appeal to the Government of Liberia through the Ministry of Finance and Development Planning, requesting that the matter be reconsidered and given more thought.

He does, however, reiterate the UL administration’s commitment to conducting the institution’s operations in a fair and unbiased manner, emphasizing that no employee, whether in the academic or administrative areas, will be treated unfairly.

“We conducted a press conference here on June 2, 2022, where we announced, among other things, that classes would resume on June 27, 2022. As a result, we’re using this medium today to reiterate our commitment to this announcement, and to assure you that all is being done in accordance with the continuing refurbishment, supply provision, and other factors in order to start classes on June 27th as planned ” he said

Dr. Nelson urged all members of our faculty, both full-time and part-time, as well as our student body, administration, and support staff, to be ready for the beginning of classes on June 27, 2022, as well as the approaching entrance and placement examinations on June 25, 2022.

“To guarantee the smooth operation of the University of Liberia, we will continue to participate in communication with the government, our academics, staff, and students. We recognize that there will be obstacles, but we must all work together to overcome them and create progress. We will continue to work to ensure that every Liberian has access to a high-quality higher education “He comes to a conclusion.

“It has to start with us”

“We Will Give You Anything You Want”