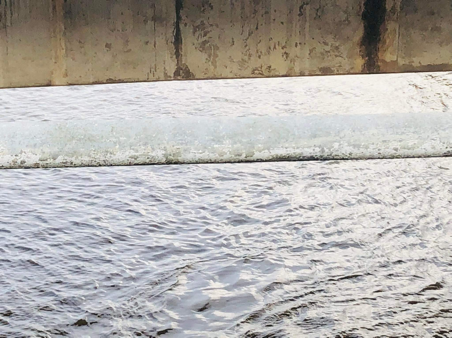 Liberia: Early in the morning of Tuesday, September 27, 2022, residents of the St. Paul Bridge hamlet as well as visitors to the area were made aware of the news of a possible suicide that had been committed in the St. Paul river by an unidentified female.

According to statements made by witnesses at the scene of the incident, the young woman, whose identity has not been released, was first spotted from the end of the bridge that leads to Busrhod Island. After crossing the bridge, it was reported that she sat for a while and then walked toward the edge of the bridge while combing her hair. After making the sign of the cross (signing cross), she then vulnerably leaned on the edge of the bridge and jumped into the river below.

She was approaching the Saturday market from the Duala side, which meant that she was approaching the market from the same side as me, and I was following behind her. She was by herself as she walked and talked while holding a comb in her hand. She arrived, and then she sat down on the ground. One of the witnesses remarked, “She woke up and signed her cross, and then she went towards the iron at the edge of the bridge and placed her head between it with her back turned to the river, and that is how she left herself till she drowned.”

However, it was also determined that previous to the lady’s act of suicide, she was spotted speaking to herself while walking toward the bridge. This occurred when she was in the process of committing suicide.

Because of the events that led up to the tragedy, many people are mystified about the passing of the young woman because they are certain that a malevolent spirit was responsible for bringing about her demise.

On the other hand, many people have theorized that she may have been troubled by certain personal circumstances that were most likely out of her control.

However, the bulk of individuals who were there at the scene related in their accounts that they were only made aware of the lady’s activity after she had already begun leaning on the edge of the bridge and was only a split second away from plunging into the river.

In the meantime, inhabitants of the neighborhood of St. Paul Bridge have described the incident as being unique, highlighting the fact that an event of this sort has never taken place in the town.

The St. Paul Bridge may be found on the St. Paul River, which serves as the demarcation line between District #17 and the Bushed Island neighborhood. It is considered to be one among the seven (7) important rivers that flow through Liberia.

Its upper portion in Guinea is known as either the Diani River or the Niandi River, and it forms a component of the boundary between Guinea and Liberia. Its headwaters are located in the southeastern area of Guinea.

The river then enters Liberia approximately 50 kilometers (31 miles) to the north of Gbarnga and travels across the country in a path toward the southwest. It separates Monrovia and its suburb, Brewerville, from the Atlantic Ocean at Cape Mesurado in Monrovia, which is located in Monrovia and is close to Busrhod Island.

“Women should lead the global response against poverty”- Sirleaf