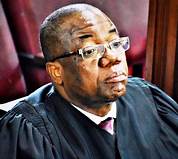 MONROVIA – Following government’s release of the long-awaited autopsy reports of four auditors, three former employees of the Liberia Revenue Authority (LRA), and the fallen boss of the Internal Audit Agency (IAA), mixed reactions have ensued, with many citizens being apprehensive about the veracity of the reports.

Last month, IAA Director General, Emmanuel Barten Nyeswa, was found lying unconscious at his SKD Boulevard residence at midnight, reportedly wounded in his head and back, and rushed to the hospital where he later died.

Nyeswa’s death, until Tuesday, when the government pathologists’ conducted autopsy findings were announced, remained cuddled in mystery, but at the time of his demise, speculations were rife that he fell through an emergence door from the top floor of his one-storey building while other reports had it that he may have been attacked by unknown assailants who may have aggressively pushed him from the top floor which is estimated as 30ft from ground level.

The lifeless bodies of two former employees of the LRA, Gifty Lama, Albert Peters, were also found in a vehicle parked in the center of the capital, on Liberia’s busiest street, Broad Street on October 2, 2020. The two auditors are believed to have died under mysterious circumstances. A third LRA former employee, George Fahnboto, also reportedly died in October, under suspicious circumstances.

But at long last, releasing the autopsy reports of the four deceased auditors, at a brief press conference held at the Capitol Hill, Monrovia offices of the Ministry of Information Cultural Affairs and Tourism on Tuesday, Attorney General Frank Musah Dean, quoting government hired pathologist’s expert opinion on all four deaths said the auditors died ‘unnatural or accidental deaths.’

In the case of Gifty and Peters, AG Dean said regarding relevant autopsy findings, which entailedComputer Tomography Scan or CT Scan, post mortem total body Computer Tomography shows mild putrification of the brain and mild autolysis of the soft tissue of the two individuals.

He said the autopsy findings did not discover any fracture or dislocation, as well as any metallic density or foreign body.

He further said except for acidic drug detected in the liver and gastric content of Gifty, which was attributed to a prescription drug, there were no common poisons or drugs detected in the livers of both deceased former employees of LRA, and that their kidneys were also free of heavy metals.

He then announced that the two government pathologists, Dr. Benedict B. Kolee and Dr. Zoeborn B. Kparteh, reported the cause of death for Gifty and Peters as a result of carbon monoxide poisoning which the pathologists noted was exacerbated by gasoline or hydrocarbon fumes.

The pathologists’ report further blamed the deaths of the pair on fumes from Peters’ car that is reportedly defective, especially with the report highlighting a defective exhaust system and defect in the floor of deceased male’s Toyota Highlander jeep.

For the cause of death of the deceased former director general of IAA, AG Dean disclosed that the Pathologists’ findings show massive injuries to Nyeswa’s head, chest and abdomen, and that there was no metallic density or foreign body found.

The pathologists, according AG Dean, attributed Nyeswa’s cause of death to massive haemorrhage, multiple bony and soft tissue injuries; and blunt injuries consistent with fall from height.

Howbeit, in the pathologists’ conclusion of the fallen IAA boss cause of death, both Dr. Kolee and Kparteh said his manner of death is unnatural, but emphasized that any further classification of Nyeswa’s unnatural death as accidental, homicidal or suicidal will require further police detective investigation.

For his part, according to AG Dean, former LRA employee, the late George Fahnboto, also died an accidental death.

AG Dean narrates that the deceased Fahnboto was observed driving a maroon Nissan Frontier pickup, bearing license plate number A60952 on Sunday, October 4, 2020, on excessive speed in the direction of the 72nd Community.

Dean added that at about 5:30 pm, Fahnboto ran into a speed breaker in the Roland Duo curve, lost control of his vehicle , struck a pedestrian and landed in the garage of one Dr. Joseph T.K. Boakai’s private residence, about 200 feet from the road.

The Attorney General further narrated that the late LRA employee sustained injuries and was rushed to the JFK Medical Center, where he was pronounced dead on arrival.

Howbeit, scores of Liberians who took to social media moments after the autopsy reports were released expressed mixed reactions, with some doing so with indignation, while others strongly doubting the veracity of the findings.

Cynthia Vambram writes: “So why were they not found in the position if they were having sex? Why was Albert body found in the back why Gifty in the back seat? So why was Albert trousers not found? Why was Gifty found properly attired? There’s one thing I know, NO SIN GOES UNPUNISHED. May your killers never find peace. May God Almighty avenge your deaths.”

Ezzy Miya, who seems to be agreement with the autopsy reports writes: “I know you not heartless yaa, carry your owner information to lay court my brother, we tired with ur social media fake information…”

Monica Samuels, in particular reference to the report on the deaths of Gifty and peters wrote: ‘Da other thing naa make any sense.”

Kayloe R Frank: “So it’s the carbon monoxide and gasoline that took his clothes off , right? God is our judge.”

Eman Eman: “No wonder why the deceased families didn’t waste their time on their stage manage autopsy.”

Justine Gonleh: “they are taking us for fun”