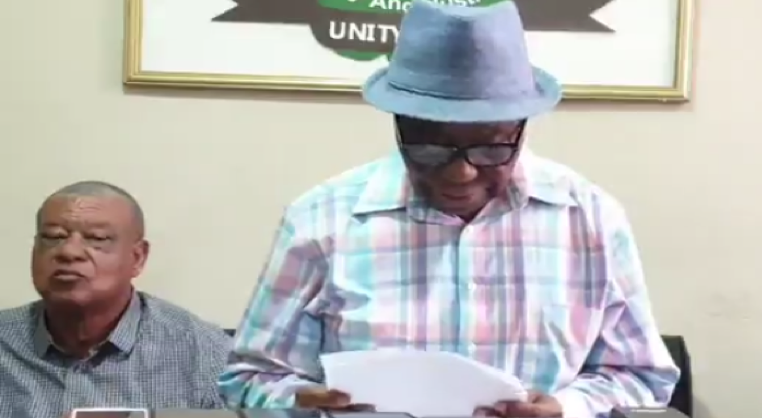 The standard bearer of the former ruling Unity Party (UP), Joseph Nyuma Boakai, is calling for the immediate replacement of the entire board of the commissioners of the National Election Commission (NEC) on grounds that they are not representative of the people’s interest and should therefore be scribed of and replaced by competent and nonpartisans to prepare for the 2023 presidential and legislative elections. He said UP’s lawyers will talk to the National Election Commission to figure out what their final position on Lofa will be.

Amb. Joseph Nyuma Boakai, the leader of the Unity Party, said at a press conference on Tuesday, July 5, 2022, that the Unity Party and its allies are sure that the current Elections Commission doesn’t represent the people’s interests and should be replaced with a competent, non-partisan NEC to prepare for the general and presidential elections in 2023.

He further explained that our country has come through so much and cannot continue to trade peace with a disorderly election, thereby urging all partisans, the United Nations, the United States of America, the European Union, the African Union, ECOWAS, and all friends of Liberia to ensure the future of our country in this endeavor.

The former Vice President said, “Over and over, they have questioned the credibility and ability of the NEC to hold free and fair elections in Liberia, and their open display of partisanship is also troubling.” He also said that they don’t think the Commission as it is now can hold credible elections in Liberia in 2023.

Mr. Boakai indicates that they believe and declare, based upon their finding and investigation and evidence, that the conduct of the Lofa County senatorial by-elections was marred by many irregularities, some of which were outright illegal actions that impacted the results. “

We continue to observe that the numbers published by the elections commission do not add up and that the totals and the percentages do not make sense. Members of the public have observed that attempts to print from the NEC website result in completely different information being printed. “This has led us to believe that the information provided to the public could be different from the actual figures that the NEC has in its possession,” he alleged.

He said that they are greatly troubled by the NEC statement that there were attempts to hack its website beginning on the 30th of June when, as a matter of fact, the election results were announced after this date, asking Was the hacking successful? Or was there any hacking at all? These are legitimate questions that we ask in light of all the things that have been done in these elections. “We submit to you, fellow Liberians, that what was posted by the Commission on its website was the product of the NEC itself, and these efforts are geared towards changing the results of the election.

“PRE-ELECTION MALPRACTICES During the period leading up to the campaign, the National Elections Commission conducted the replacement of lost and damaged voter registration cards only in Voinjama and Kolahun and did not include the other three electoral districts. At the time, we demanded that the National Elections Commissions extend the exercise throughout the country to allow full participation. This demand was not heeded and that action resulted in many Lofains not being able to participate in the election process. Election Day MALPRACTICES Unity Party poll watchers observed that there were many voters with valid voter registration cards who were denied the right to vote because their names were not on the final voter roll. “This was also observed by independent observers of the elections,” Amb. Boakai explained. “

He also named POST ELECTIONS as the reason why they rejected the Lofa County senatorial by-election.” On Thursday, June 30, 2022, the National Elections Commission announced provisional results from the bi-election. In the late night hours of the same day, the results were posted on the website of the commission. What was posted shocked many Liberians and international observers. Our very capable technical team quickly observed the following discrepancies in the results posted on the NEC’s website:

“Results from some centers, for example Foya Market Hall in District 1, were doubled, thereby presenting more votes per candidate than the total number of registered voters.” Results posted from many of the centers had candidates Joseph Kpator Jallah and Mariamu Fofana’s names appearing at least twice each, showing that they had gotten different vote totals at the same polling place. Candidates who contested in previous elections were also listed as having won votes in these elections even though they did not participate. He came to the conclusion that some candidates from 2020 were listed, and in one case, a candidate from 2011 was also listed.