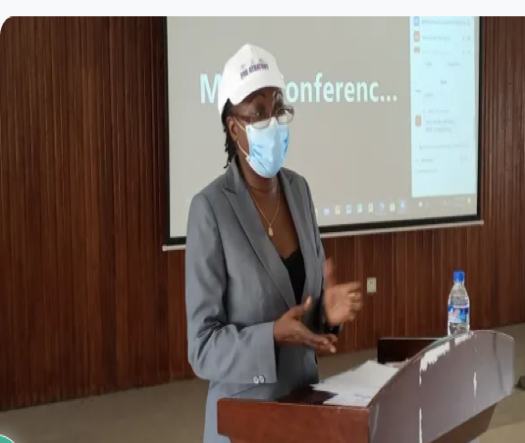 The Global Fund’s Office of the Inspector General (OIG) claims that Liberia’s government is unable to account for $1.1 million in donor funds.

The Office of the Inspector General revealed chronic fraud and embezzlement by employees of the Liberian Ministry of Health (MoH), a grant major beneficiary, during an inquiry. In 91 percent of the expenditures examined, OIG discovered non-compliant expenditures and/or various types of wrongdoing. “Spending that was not compliant reached $1.1 million USD, the Office said.

The National AIDS Control Program’s staff, according to the report, fraudulently procured vehicle maintenance and advertising services. “We found no assurance about program performance in 75% of the MoH field activities we looked at, and the MoH overcharged for daily subsistence allowances and abused grant funds by providing erroneous allowances and catering charges,” the report said.

The Global Fund is a collaboration aimed at bringing AIDS, TB, and malaria to an end as epidemics. The Global Fund mobilizes and invests more than $4 billion per year as an international organization to support programs run by local experts in more than 100 countries. In conjunction with governments, civic society, technical agencies, the commercial sector, and people impacted by diseases, the Global Fund is breaking down barriers and embracing innovation.

According to the report, the Ministry of Health controls, policies, and oversight to mitigate fraud and misappropriation were either insufficient or did not exist. The Fund has, however, implemented internal controls to address this issue, it said further controls will be implemented as a result of this investigation.

The investigation recognized that the Global Fund’s Fiscal Agent did not adequately mitigate the risk of fraud, and engaged in conflicts of interest and misappropriation, including accepting grant funds for DSA and fuel coupons for activities that did not take place.

The report asserted that the Global Fund Secretariat was aware of fraud red flags and other wrongdoing in MoH-managed grants from 2015, but did not report the matters at issue in this investigation to the OIG.

“Within the scope of its investigation, the OIG also identified lapses by the Global Fund Secretariat to actively report fraud red flags and suspected wrongdoing in Liberia between 2015 to 2018,” the report said.

In all of its operations, the Global Fund acknowledges the critical importance of accountability, honesty, and transparency, and requires all of its partners to follow the highest ethical standards. “We pay close attention to measures to protect investments, with the goal of maximizing the use of all available resources. Fraud and corruption are not tolerated in the Global Fund. To safeguard the safety of donor cash, we employ stringent controls and monitoring systems”.

The Fund stated that it got the early findings of this investigation from the OIG in November 2021, and that the Secretariat dispatched a high-level mission to Liberia to discuss the OIG’s findings as well as other long-standing issues in the Liberian Ministry of Health. The mission was successful in obtaining crucial preliminary pledges from the Ministry of Health to address the issues raised by the OIG’s investigation. The Global Fund Secretariat devised a set of risk mitigation measures for rapid implementation in Ministry of Health funding, according to the report, which complemented existing safeguards.

“These immediate measures, which were shared with the Global Fund Board, include eliminating loopholes, establishing more rigorous reviews and controls, and strengthening verification processes, with a particular focus on local procurement and travel-related costs. The measures directly address the vulnerabilities that allowed for the instances of fraud and misappropriation at the Ministry of Health, which are cited by the OIG. The measures respond to implementation and management risks for the entire Ministry of Health Global Fund grant portfolio in Liberia. With these measures, the Global Fund has been able to disburse funds for critical grant activities and program continuity in the HIV, TB, malaria and COVID-19 responses, thereby avoiding disruption of critical patient care and treatment”.

Global Fund said it is dedicated to taking whatever additional steps are necessary to address the main issues and dangers highlighted during this inquiry. The Global Fund Secretariat will supplement the urgent mitigating steps already taken with additional strategic actions and controls, as stated by the OIG in their investigation report. The Secretariat now has the information it needs to move forward thanks to the end of the OIG inquiry. “We are prioritizing the recovery of non-compliant expenditures, taking appropriate action against all parties responsible for the prohibited practices, and conducting a review in collaboration with the OIG to determine the scale and scope of non-compliant expenditures, as well as any indications of further fraud that may exist outside the scope of this investigation”.

In Liberia, the Global Fund Secretariat is also working to improve procurement supervision and fraud detection mechanisms. In January 2022, a new fiscal agent was chosen, and the Secretariat will conduct a cross-functional fraud risk assessment for Liberia, which will address fiduciary and procurement risks while allowing the implementation of life-saving programmatic objectives for the three diseases.

The Ministry of Health utilized grant funds to pay taxes in violation of its grant agreement, and willfully misreported these taxes and the grants’ tax exemption status to the Global Fund, according to the OIG investigation report. “The Global Fund will work to ensure that the Ministry of Health takes the required steps to remedy the problem. The Secretariat is already working to tighten and standardize the appropriate rules and processes for identifying, treating, reporting, and recovering ineligible expenditures resulting from the payment of taxes with grant monies outside of Liberia”.

The Global Fund Secretariat is committed to its commitment to submit suspicions of wrongdoing to the OIG, and has taken note of the findings regarding the Secretariat’s prompt reporting of suspicions relating to Global Fund funds in Liberia from 2015 to 2018. We notice in our investigation that the OIG has seen an uptick in reports of possible misconduct from the Secretariat since the probe began in 2020. The Grant Management Division’s leadership takes the reporting duty to the OIG very seriously and is committed to making sure that any concern brought to their attention is reported to the OIG as soon as possible. Work is already underway to improve our monitoring and control systems in order to improve, explain, and convey a comprehensive fraud detection and prevention system.

According to the Fund, the OIG plays a crucial role in risk management, supplementing the Secretariat’s protections and controls. The Global Fund Secretariat appreciates the OIG’s investigation report, which helps to tighten procedures and activity oversight to prevent future instances of unlawful behavior. The Secretariat and the Office of the Inspector General are committed to ensuring that all resources are utilized effectively and efficiently to combat the three diseases.

Angie Brooks Centre Molds The Minds Of 90 Disadvantaged Youths Against...