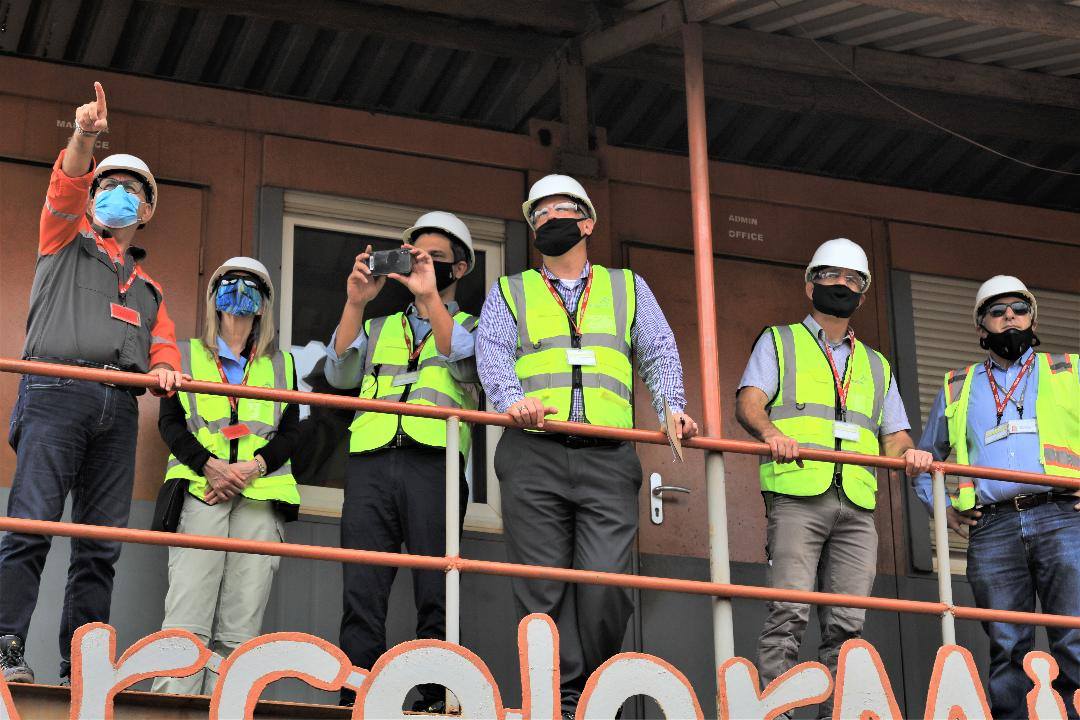 Newly accredited British Ambassador to Liberia, Neil Bradley, and a senior delegation from the United States Embassy near Monrovia led by US Agency for International Development (USAID) Mission Director, Ms. Sara R. Walter, made up the high-power delegations that paid the recent visit at ArcelorMittal’s facilities.

According to a statement from Buchanan, Grand Bassa County, Ambassador Bradley visited the ArcelorMittal’s mines in Yekepa, Nimba County, where he toured various infrastructures and equipment being readied for the potential expansion of ArcelorMittal Liberia’s mining activities in Liberia.

According to the statement which did not release detail of discussions coming out of the high-power delegations’ visitations, British envoy Bradley was briefed about ArcelorMittal’s plans for the future.

The USAID delegation also got a tour of ArcelorMittal Liberia operational area in the Port of Buchanana, the statement noted.