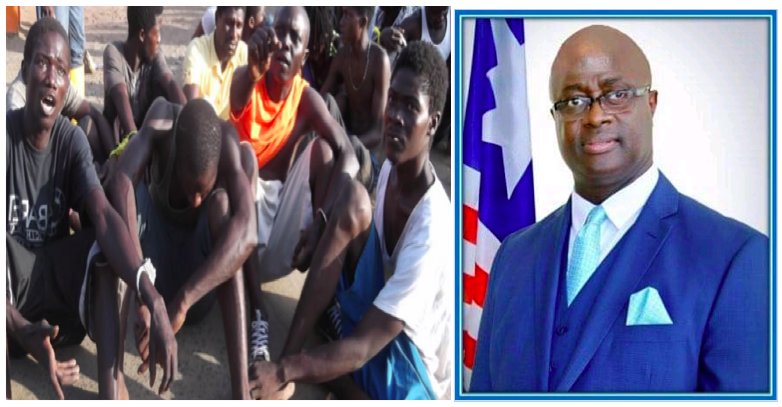 The Minister of Youth and Sports has revealed the government’s approach for rehabilitating thousands of drug addicts who continue to endanger communities on a daily basis, amidst the growing number of “zogos” (disadvantaged youngsters) in Liberia.

President Weah, according to Minister D. Zoegar Wilson, has begun engaging donor partners in a fundraising initiative to cover the whole cost of US $13.8 million for the project’s effective implementation.

According to Min. Wilson, the Legislature has approved a $750,000 national budget item under the Ministry of Youths and Sports for the renovation of the Youth Agricultural Project Center in Bensenville to be used as a rehabilitation and skill training center for disadvantaged youths (Zogos) as part of a $13.8 million rehabilitation plan for those youth who have regressed.

The Minister revealed the information when he spoke at the Center for Exchange of Intellectual Ideas and Opinion (CEIO) on Friday, February 4, 2022, informing the group that they will start with 1,500.

The project is expected to transform thousands of young people who ruin the streets and make them safer. It is a common secret that disadvantaged youths have been involved in criminal acts that continue to scare the population.

Meanwhile, Minister Wilson has asked for the enactment of the drug law as soon as possible, making drugs a non-billable offense in order to save future generations of our beautiful country.

“Those who are bringing in drugs must go to jail rather than jailing out kids, most of whom are just taking them due to peer pressure and other factors at their peril.”

In detailing the project’s efforts, the Minister stated that they were working to rehabilitate the minds of young people through vocational skill training, which would enable them to contribute to the nation’s progress rather than be burdens.

In terms of other projects that his ministry is working on, the Minister mentioned that under the youth empowerment project, they were implementing a 13.5 million youth opportunity that was successfully completed in September 2021, with at least 2820 youths across fifteen subdivisions benefiting from entrepreneurship and agriculture skill training.

The Youths On Job Training YOJT project that is meant to recruit graduates form various universities to serve as cadet in the health and education sector and the 2.4m Youths Entrepreneurship and Empowerment Project – YEEP that saw at least 2000+ beneficiaries.

Minister Wilson outlined those projects as his major accomplishments, urging disadvantaged youths to take advantage of the Social Economic Empowerment for Disadvantaged Youths program as a means of transforming their lives and contributing positively to the nation’s development rather than posing a threat to it.

A Call For Moral Discipline At The University Of Liberia