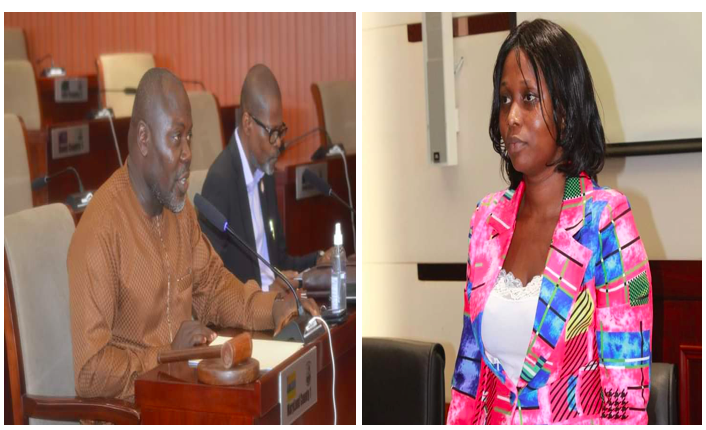 The Senate Standing Committee on Maritime recommended to the Liberian Senate’s Plenary that Madam Edwina Collins’ nomination as Deputy Maritime Commissioner Designate be rejected, a decision that many gender advocates have characterized as a fatal blow to efforts to close the gender gap in government by increasing women’s participation. It is inappropriate, according to the advocates, to use a female nominee to set a public example for political objectives.

Senators seeking reelection in 2023, according to several commentators, aim to appeal to public feelings. That is why they played tough, albeit on a female candidate, to elicit compassion from the electorate. They pointed out that Madam Edwina Collins is a direct victim of political machinations. In the past, the Senate has confirmed many nominees who lacked the qualifications that Edwina Collins possesses.

Fifteen senators are running for reelection, including the President pro-tempore and the chairman of the Senate committee on Maritime Affairs.

President George M. Weah’s candidate for the position of Deputy Commissioner for International Registry of the Liberia Maritime Authority was unanimously rejected by the Liberian Senate Plenary.

Senators Milton Teahjay of Sinoe voted to confirm nominee while senator Prince K. Moye of Bong abstained, according to a senate record, 18 of the 30 senators voted to reject Edwina Collins.

The Committee stated that, based on its cross-examinations of the Liberia Maritime Authority’s Deputy Commissioner-designate for International Registry, Madam Edwina Collins, it realized that, while the nominee is smart and has a strong desire to serve her country, the country currently requires a competent Liberian who can work with international partners to ensure the smooth operation of the maritime sector.

As a result, the paper states that an intern who lacks in-depth knowledge and expertise in the industry is unfit for the post.

The advocates who spoke to this paper said they are hopeful that President Weah will nominate another woman to take position.