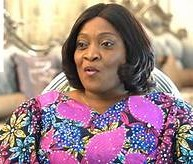 Vice President Jewel Howard-Taylor has called on Liberian women and girls to “muster the courage to stand up, step out and go” for their dreams.

“I can boldly say to you today, that when you garner the courage to stand up, step out and go for your dreams – though it is a very difficult to walk, remember that it is indeed worth the challenges when you achieve your goals,” Madam Taylor said.

Madam Taylor was speaking on the commemoration of the International Women’s Day (IWD) on Monday at a local hotel in Monrovia, which was organized by the International Organization for Migration (IOM), under the international theme “Choose To Challenge, Girl.

She stressed that as they celebrate the IWD, let women choose to challenge the status quo, the patriarchal systems which keep women bound, the barriers which make them afraid, the words of the naysayers who shout that you cannot, their inner fears which keep them from standing up and stepping out, the jealous friends who whisper-who is she as well as they choose to challenge whatever it is that tend to hold them down so they never hope, dream and fly.

The Vice President maintained that the theme of this year’s IWD is the perfect theme for women and girls in this challenging season, though many women and girls, the world over, are making waves, breaking barriers and challenging the status quo – sadly the majority of them are still living under dire circumstances with the belief that there are too many challenges around them, so there is no need to stand up and step out.

She added that they are right though, when you consider the statistics which indicate that there are many challenges affecting women and girls the world over and that the lives of those brave women who have stood up and stepped out are being constantly threatened as they openly live under the most challenging circumstances, being mentally, physically and sexually abused in the open with very few to stand with them.

Madam Taylor point out that the stories reflecting this truth, range from the one of Madam ANG SUNG SU KYI  in Myanmar; to Ex-President Ellen Johnson Sirleaf of struggle and abuse; to the constant alarming incidents of sexual and physical abuse and killing of women and girls.

In addition, she said, to incidents of women and girls who are trafficked across Africa under the nose of families; to girls who are abducted regularly in Nigeria and other places around the world, including Liberia, citing that sadly, these recurring circumstances paint the pictures of the prevailing circumstances which make women and girls want to just accept things as they are.

The female Vice President noted that the rationale and hope lies in the system of human life which has as a balance, both negative and positive forces, stating that these forces over time will always balance the equation, but not without human actions.

As a result, she further maintained that there are compelling stories of triumphs over circumstances of life; which shatter age-old glass ceilings in places quite frankly unimagined, such as America First Female Vice President Kamala Harris, first female head of WTO Ngozi Iweala and where young people such as Malala Yousef and Greta Thurnbury have become some of the youngest, fearless advocates in this present age.

According to her, the equation for equilibrium of fairness and equality is not balanced, for the negatives highly outweigh the positives around the world, pointing out, that is why as they celebrate this year’s IWD, the theme is to encourage and inspire one another, especially the girls to choose to challenge the status quo girl.

She stated that this challenge is being thrown to mothers, daughters, sisters and friends so that they no longer sit back and accept the current circumstances they are in, but rather stand up, step out and challenge the status quo, no matter the situation.

“For we can only change our circumstances and our world, if we believe in our dreams, take the courage to stand up and then reach for our dreams by stepping out and staying stable and committed,” Madam Taylor said.