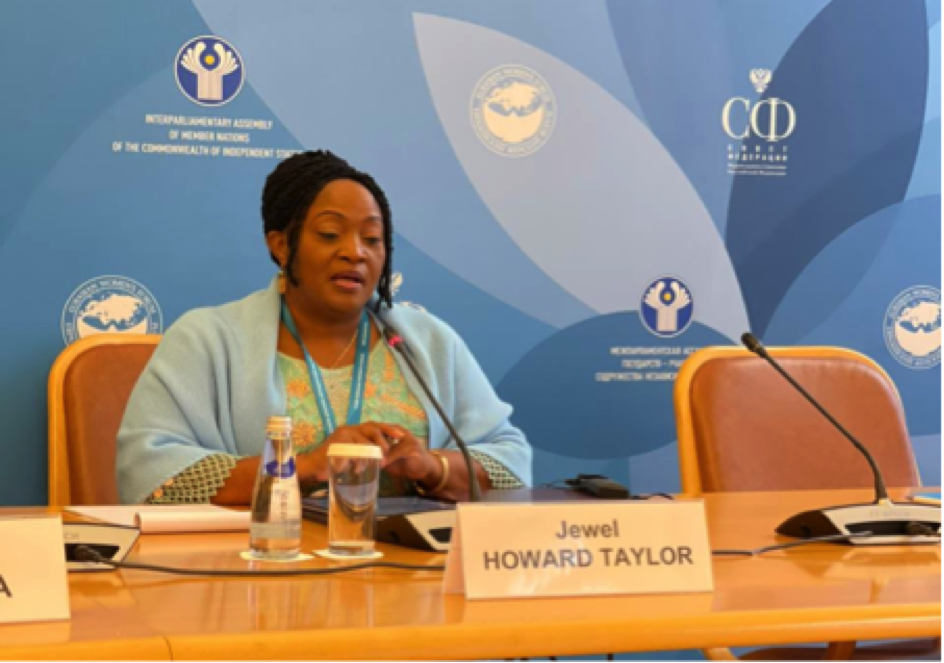 (Monrovia-Liberia: Wednesday, October 20, 2021) The Office of Liberia’s Vice-President, Chief Dr. Jewel Howard-Taylor, in a press release, has informed of the Vice President’s intervention into a case involving a woman whose genital was allegedly severely damaged by her fiancée using caustic superglue in Sinoe County.

The release said, “Vice-President, Chief Dr. Jewel Howard-Taylor through the management of Golden Veroleum Liberia (GVL), has immediately reached out to the woman whose genital was severely damaged by her fiancée using caustic superglue in Sinoe County”.

According to the release, “The Vice President immediately communicated with the Management of Golden Verolum. The latter then informed her that Doctors at the Hospital are equipped to handle the woman’s current health condition but said that the process would require additional medical attention which is now being provided”.

The attack on the victim occurred on October 15, 2021, in a gold mining area called Money Camp in the JladaeStatutory District #2 area.

The incident is said to have ensured over a quarrel for sex. The alleged perpetrator Joe M. Winnie, 30, is said to have grown furious after Patience Teah, 22, denied him sex because she was exhausted and needed some rest.

The release said the Vice President, who is currently out of the county at women’s empowerment summit; has meanwhile condemned the act, called for the speedy trial of the perpetrator.

Meanwhile, Liberia’s first female Vice President has thanked the management of Golden Veroleum Liberia (GVL) for swiftly responding to call and making interventions to assure that the survival receives the needed care to have her recovered very soon.