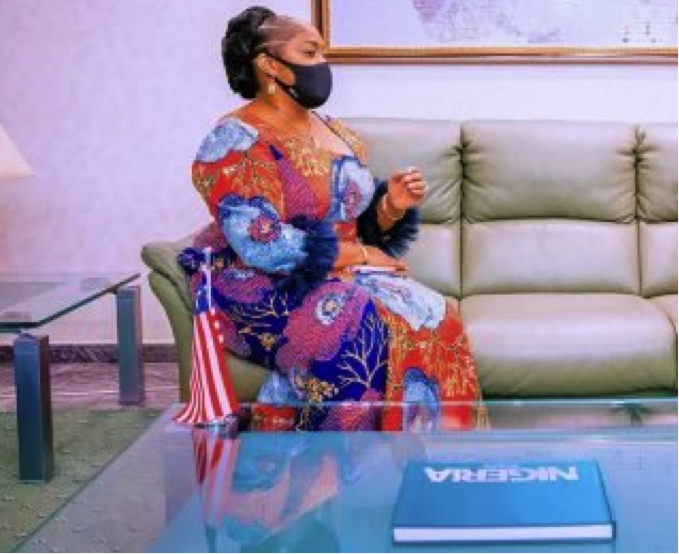 Chief Howard-Taylor made the call while addressing the most recent meeting of the Economic Community of West African States (ECOWAS’) Female Parliamentary Association (ECOFEPA),   at the sidelines of the 2021 First Extra-Ordinary Session of the ECOWAS Parliament in Abuja, Nigeria.

Dr. Howard-Taylor said gender equality is a fundamental human right, yet women are underrepresented in power and decision-making roles in the region.

She noted that in the region’s national governance systems, women are only in the second and the third tier levels while female leadership in political parties in the region is almost non-existent.

VP Howard-Taylor encouraged women to get involved in politics and overcome all forms of fear and intimidation.

She added: “So we must encourage one another that we can’t continue to stand down, we must fight.”

“Many women are not members of political parties and if you are not a member of a political party, then your journey is one hundred steps behind because it is under the political party’s framework that the democratic space is created,” she emphasized.

The Vice President of Liberia also challenged the ECOWAS Parliament to push for appropriate implementation of the Community’s protocol on gender and human equality across regional and local governments.

Chief Howard-Taylor called on the Community’s Parliament to reject any list from countries that are short of thirty percent women’s representation to the Parliament.

She advocated that ECOFEPA be made one of the strongest arms of the ECOWAS Parliament. Howard-Taylor also called for adequate budgetary allocation to ECOFEPA for it to be effective.