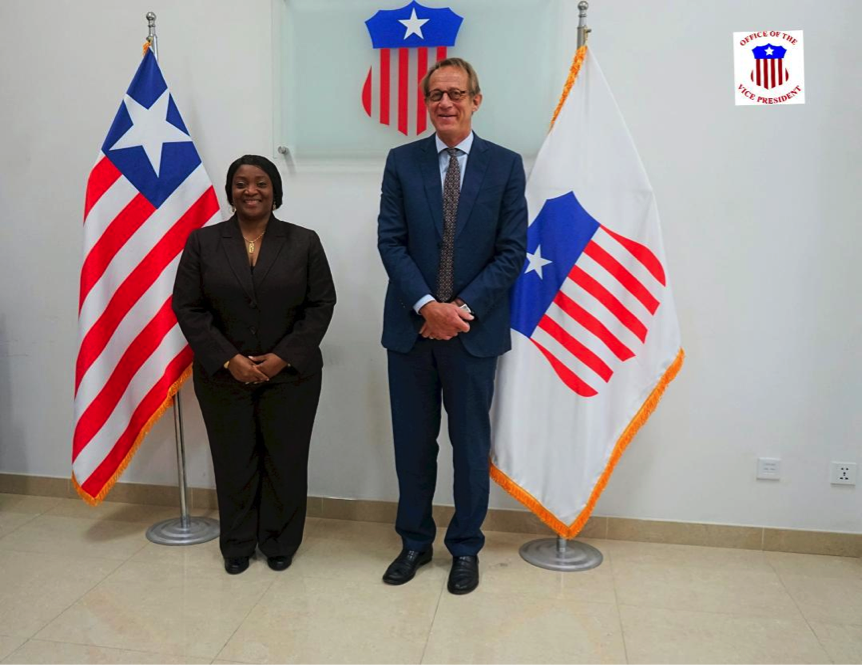 She made the assertions Monday, at her Capitol Building Office, when she received in her audience the United Nations Resident Coordinator in Liberia, Ambassador Neil Scott.

She said there is a need for more support from the United Nations to empower and enhance women’s participation in the country’s governance process, while acknowledging that UNDP and UN Women had played critical roles in helping women and building the necessary institutions to fight sexual and gender-based violence and other harmful traditional practices, including female genital mutilation (FGM) in Liberia.

Vice President Howard-Taylor used the occasion to express gratitude to the United Nations for what she called its heroic role in restoring peace and tranquility to Liberia following years of civil war.

“Between 2003 and 2017, the UN positioned its largest-ever peacekeeping mission in Liberia, at which time it restored peace and tranquility and contributed to the rebuilding process of the country,” she recalled, indicating, “We cannot emphasize what the UN has done for us over the years,” Vice President Howard-Taylor pointed out.”

She added: “We are a democratic nation, and it behooves the government to follow the democratic path of leadership. We have exemplified that leadership, and we hope to continue on this path.”

Vice President Howard-Taylor, however, described Liberia as a peaceful and friendly nation that is determined to uphold the values and principles of the United Nations.

Speaking earlier, Ambassador Scott extended warmest greetings on behalf of the UN and thanked Vice President Howard-Taylor for the warm reception accorded him.

Ambassador Scott also hailed the Government and people of Liberia for their support to the world body, recounting the country’s role as a founding member.

“We are always reminded that Liberia is one of the founding members of the UN and the significant contributions it is making,” the UN Resident Coordinator Scott stated.

He reiterated the United Nations’ commitment to supporting Liberia in its drive to enhance peace, security, good governance, development, and the promotion of human rights.