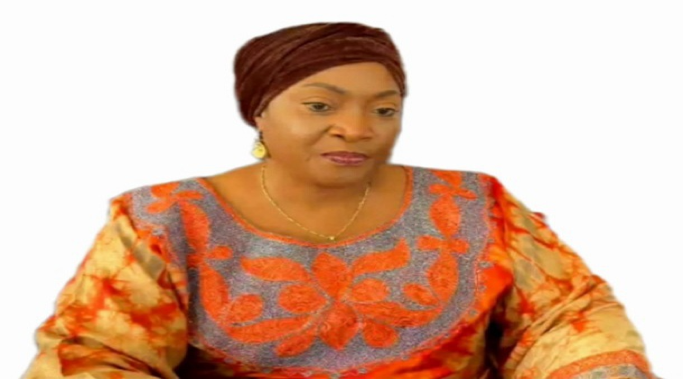 At the 66th Session of the Commission on the Status of Women (CSW), the African Union, in partnership with UN Women, hosted a High Level Side Event on “Women’s Leadership in Mitigating the Impact of Climate Change and Building a Peaceful and Sustainable Climate Resilient Africa.”

Liberia’s Vice President, Cllr. Jewel Howard Taylor, spoke as a panelist at the High Level Side Event via Zoom over the weekend, asserting that until the world shifts to a position of true gender equality and empowerment, women will continue to be the most negatively affected at all levels, and thus will be unable to contribute their collective weight in helping to solve or mitigate issues of such monumental proportions as climate change and world peace.

According to VP Taylor, climate change affects women differently than men, particularly in terms of access to productive skills in areas such as agriculture, energy, health, and education. She claims that extenuating conditions such as poverty, conflict, forced migration, natural catastrophes, abuse, and violence exacerbate the situation.

“Sadly, most often, especially across nations in the underdeveloped world, women’s dependence on and unequal access to land, water, finances, and productive assets—compounded by limited influence and or decision-making power—explicitly shows that women who normally carry the largest burden and responsibility for providing care to families are disproportionately affected by climate change,” she said.

The Liberian female leader said in spite of these vulnerabilities and challenges, it is clear to see the critical role women can play as powerful change agents to address climate change on an alarming scale.

“Primarily, because women are key actors in sustaining families, building community resilience, and responding to climate-related disasters. A process through which women tend to make decisions for the utilization of scarce resources in the interest and welfare of their children, families, and communities, “VP Taylor said.

After asking a thought-provoking question, the Vice President said, “The question that remains on my mind, and which I leave with each of us as we discuss today, is: why is it, after more than 47 years since we began this movement for gender equality and empowerment, that our collective numbers, except for a few places, remain far below even the threshold bench mark of a minimum of 30%?”

The Liberian stateswoman said, looking critically at the answer to the above question and putting in place measures to make this dream a reality, will women be able to make a significant impact in transforming our one world?

“Only if we can look critically at the answer to this question and put in place measures to make this dream a reality, will women be able to make a significant impact in transforming our world,” VP Taylor said.

Madam Taylor said the above question about what women can do to mitigate the impact of climate change on our world will remain unanswered unless underlying factors are addressed, as obtained from a statement the UN Secretary General made in 2018. She asserted that SG said the existential threat to mankind was climate change. And that it is the test of our generation and the challenge of this century.

“He went on further to state that “the impacts of climate change, including access to productive and natural resources, amplify existing gender inequalities,” she said.

As articulated by the international community in endorsing the 2030 Agenda for Sustainable Development, Vice President Taylor said a key point was that gender equality and women’s empowerment are indispensable to the realization of all the SDGs, including Goal 13, which speaks directly to climate change.

The Liberian female politician said the only solution to igniting “Strong Women’s Leadership in Order to Mitigate the Impact of Climate Change and Build a Peaceful and Sustainable Climate-Resilient Africa and World” is to ensure the fulfillment of SDG Goal 5—Gender Equality and Empowerment.

“Without the fulfillment of SDG Goal 5, all efforts will remain limited and of no effect.