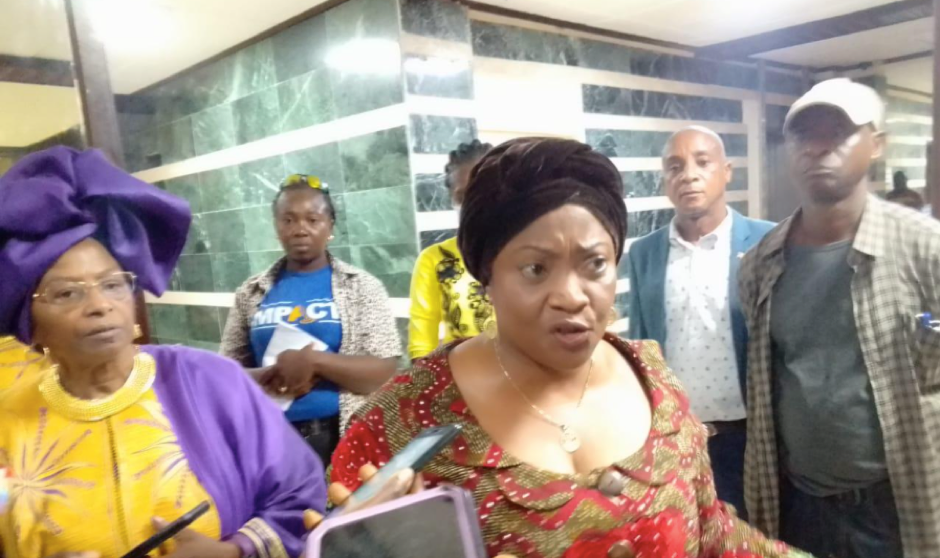 Vice President Jewel Howard-Taylor has called for a united front in the fight against drugs, describing illicit substances as a dangerous national issue that is slowly destroying society’s fabric and emphasizing the importance of everyone joining the fight to make the drug unbillable crime.

Drug misuse is a serious national issue, according to Liberia’s first female Vice President, who stated they are looking into amending the drug law to make it non-billable and that she will continue to engage until the law is altered.

The vice president stated that drugs are steadily harming society to the point where they are being offered in schools, and even kindergarten children are consuming narcotics without realizing it since they are told it is candy. Madam Howard-Taylor, speaking to journalists in Monrovia during ABIC mediation closing program, asked Liberians to join the effort to make drug non-billable crime in order to protect the fabric of society and our kids.

“This is a major issue that has to be discussed. The media must be involved in this effort in order for drug to become non-billable violations in our country. People who bring drugs into our nation have enough money as a result of this, and when they are caught, they generally go to court and pay money for their release, but when it’s not chargeable, none of that happens,” she explained.

When she was senator of Bong County, VP Taylor worked with the Liberia Drug Enforcement Agency (DEA) to alter the drug law, according to her. “In fact, there were some substances that were not even captured,” she said, adding that she worked with the DEA to have those drugs entered into our books. VP Taylor revealed that she is collaborating with numerous local organizations to promote drug awareness in high schools around the country, with the goal of ensuring that our youngsters are informed of the dangers of drugs and how to avoid coming into touch with them.

“We’re collaborating with groups to keep this from spreading across the country.” “Be clever, don’t start,” is our motto. We want the youth to understand that once you get started, it’s impossible to stop. We must all join forces to make drug offenses non-billable. So, while I was a senator, I battled to ensure that all of our 1960 drugs were captured, as well as new ones, to help save society, and so we can do it together again,” VP Taylor concluded.

When the Senate reconvenes, Cllr. Howard-Taylor promised the public that she will work with senators to make drug offenses non-billable. She stated that after the bill is presented from the committee room with recommendations and all affirmations have been finished, she will bring it to the floor for discussion.

“Community For Peaceful Elections in Liberia 2023”