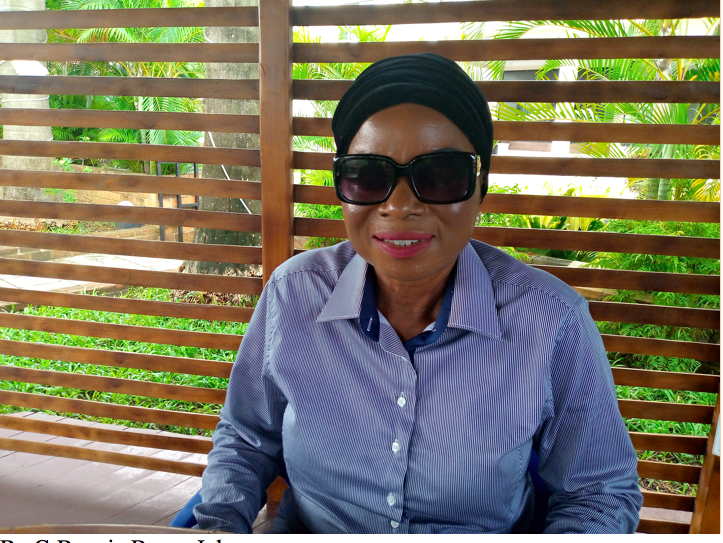 The Women’s Movement of Liberia has warned newly-confirmed Chief Justice Sie-A-Nyene G. Yuoh to be aware of corrupt judges inside the country’s judicial system, emphasizing that she must watch out for what the group has referred to as the bad apples while serving as Chief Justice.

The women’s group urges Yuoh to pay close attention to the corrupt activities of the judiciary, which she has been confirmed by the Senate to command, in order to prevent her administration from being jeopardized by these actions.

The Senate approved Associate Justice Sie-A-Nyene G. Yuoh’s nomination to the office of Chief Justice of the Supreme Court of Liberia, making her the third woman in history to hold the position of the country’s top court.

While praising President Manneh Weah for appointing more women to high positions during an interview she conducted on Wednesday, August 31, 2022 at a neighborhood hotel in Congo Town, Madam Cecelia Siaway Teah stressed that Madam Yuoh specifically keep an eye out for dishonest judges before they taint her administration.

“We want to express our gratitude to President Weah for appointing more women to high posts. This demonstrates the importance of including women in the decision-making process and will allow them to contribute to the expansion and advancement of our beloved country.

“We must applaud the President for confirming a woman to lead the judiciary and warn this outstanding individual, Sie-A-Nyene G. Yuoh, to keep an eye out for the dishonest judges in order to improve the system and leave a better and brighter legacy “said Madam Teah.

The former senatorial candidate for Montserrado insisted that Yuoh has a spotless record and emphasized that it is unblemished while expressing confidence in her ability to improve the judiciary, ensure its fairness and transparency, and make a significant contribution to the nation’s public justice system.

You may recall that on August 22, 2022, President George Manneh Weah proposed Justice Sie-A-Nyene G. Yuoh for nomination as the future Chief Justice of the Republic of Liberia, to succeed Chief Justice Francis Korkpor, who will retire in September 2022.

A final vote of 20 senators in favor and 5 senators against confirmed Yuoh as the 26th Chief Justice of Liberia.

Before being proposed for the position by President Weah, she spent almost nine years as an Associate Justice on the Korkpor bench.

She was confirmed after the Senate Judiciary Committee recommended her candidacy and requested a vote from the full body. According to the committee’s report, which was written under the leadership of Senator Varney Sherman, Yuoh is competent and has the necessary background to serve as Chief Justice of the Liberian Supreme Court.

Yuoh is more than just a lawyer who has satisfied the requirements of Article 68(b) of the 1986 Constitution by working as a Counselor of the Supreme Court Bar, according to the Committee.

She has been a practicing attorney for at least five years, according to the Committee, and has spent 41 years practicing law, including nine (9) years as an Associate Justice of the Supreme Court and 41 years as a trial and transaction lawyer.