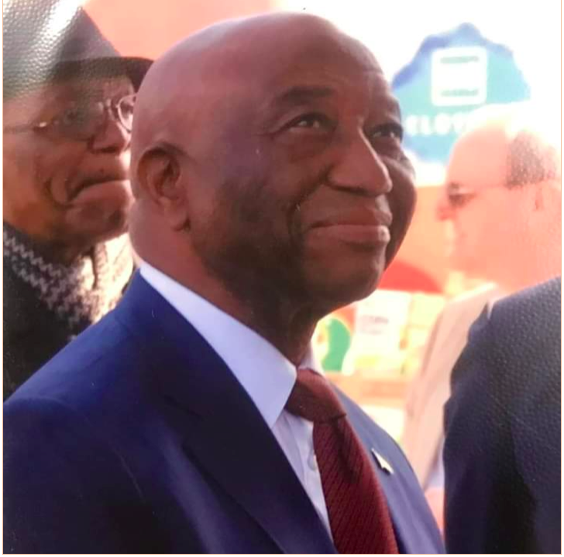 Former Vice President Joseph Nyuma Boakai, the Standard Bearer of the former Ruling Unity Party, has issued a challenge to the people of Liberia to rise to the occasion and democratically wrest power away from the Weah-led government in the course of the presidential and legislative elections that will take place in 2023. In an uncharacteristically harsh manner, the statesman referred to the officials of the administration as crooks and scoundrels who should not be granted any other terms in office.

“We must rise up and seize this moment.” We should not give these rascals more years of anguish, stealing, and public mismanagement. We should issue Mr. George Weah and his gang of thieves red cards in 2023 and make them accountable for bad governance and the ills done against the state and its people.

The leader of the UP said that over the next few days, he would meet with my allies and other leaders of the opposition to talk about possible and necessary political action against rampant and uncontrollable corruption and the culture of impunity.

The former Vice President said that the U.S. government’s announcement of sanctions on August 15, 2022, through its Ambassador, is yet another dishonorable action, vilification, and disgrace brought on by a rogue regime that doesn’t care about the Liberian people’s plight.

He said that a few days ago, the Unity Party (UP) released a press statement in which they strongly praised the statement made by the U.S. Ambassador to Liberia, in which he said that three officials of the CDC/Weah-led government had been put on sanctions by the U.S. Department of Treasury’s Office of Foreign Assets Control (OFAC), based on the Global Manitskey Human Rights Accountability Act.

He said that the latest round of sanctions against Liberian government officials by the U.S. Treasury Department is very upsetting, but it doesn’t come as a surprise to the Liberian people, who have been suffering and getting poorer for more than 5 years because of the government of George Weah’s corruption and greed.

“We strongly supported and praised what the U.S. government did, but President George Weah’s lukewarm decision to suspend the three criminal government officials made it necessary for us to hold this press conference.”

The Office of Foreign Assets Control (OFAC) of the U.S. Department of the Treasury recently put sanctions on Nathaniel McGill, who is the Minister of State for Presidential Affairs and Chief of Staff, Syrenius Cephas, who is the Solicitor General of Liberia, and Bill Tweah-way, who is the Managing Director of the National Port Authority.

“As Standard Bearer of the Unity Party, I call on President Weah to dismiss with immediate effect the sanctioned and disgraced government officials and turn them over for prosecution.” The reason I strongly refute the mere suspension announced by President Weah is because it is weak and will become another of the same diabolical tactics of never-ending investigations we have seen by this criminal and infested government over the past five years. The style of sweeping things under the carpet by this government is the reason we are asking for stronger actions to be taken by President Weah”.

Since President Weah took office, VP Boakai said, he and his officials have made a campaign of using their power to loot public coffers for their personal benefits at the expense of the people of this country.

Amb. Boakai said sanctions are the latest in an unending list of evidence pointing to how a group of individuals in the government hold the country in a stranglehold and have created for Liberia a reputation that undermines its standing in the international community and its potential to leverage opportunity at home and abroad for the good of the people of Liberia. He said the threat and the potential consequences of these sanctions go beyond the corridors of power in Washington, D.C. They reverberate in the capitals of countries in the sub-region and the world and undercut the investment climate for serious people to do business in the country.

Although the sanctions imposed by the Office of Foreign Assets Control (OFAC) are highly targeted and selective, in view of this latest development and the culture of corruption pervasive in this government, I am demanding swift action from President Weah to at the very least terminate his Minister of State, the Solicitor General, and the Managing Director of the National Port Authority. Their continued presence in government at that level, despite years of public outrage over corruption, will only worsen the country’s and people’s economic woes. “

The Unity Party leader said there is a long list of unsolved criminal acts under investigation over the past five years, with no credible results, including the following: 16 billion Liberian dollars missing; 20 million US dollars missing in a suspicious mopping exercise; the mysterious death of auditors; secret killings; 16 million US dollars missing The misapplication of 24 million U.S. dollars from the Road Funds; the gutted LACC’s indictments of the NEC Chairman and the Minister of Agriculture; and the list goes on!

“I also want President Weah to do a full investigation of his entire government with the goal of giving the Liberian people and the rest of the world a full report on how to deal with corruption and clean up the government before he accepts any invitation from Vice President Joe Biden to attend the upcoming summit on democracy in the United States.”

Joseph Boakai further said he is concerned about the continuous printing of Liberian dollar bank notes by this government that is not reported to the public, including information of disbursement in order to provide proper accountability. The question is: why is this government printing so much money, especially on the heels of the pending presidential elections due in 14 months?

If you are given money, take it and eat it. That money truly belongs to you. They are doing you no favor because the money is yours. But there is one thing you must remember to do: VOTE THEM OUT OF POWER! “he concluded.