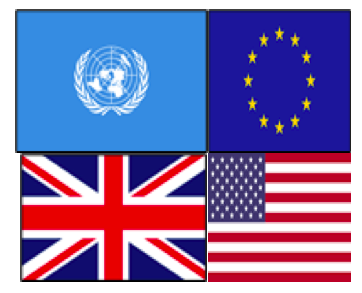 The international community in Liberia, including the United States of America and the United Kingdom, has expressed serious concern over the July 26, 2022 violence incident that resulted in the injuries of several students at the University of Liberia, and urged the government of Liberia to bring to justice the instigators of the violence.

The International Community, in a joint statement, said it has learnt with concern of the serious violence committed in Monrovia on July 26, and condemned without reservation, such acts which occurred on the 175th anniversary of Independence.

“We urge a prompt and thorough investigation by the police that will bring to justice the instigators and perpetrators of these acts of violence,” the statement said.

The International Community said it welcomes the swift condemnation by political, governmental, and civil society actors of the violent acts that occurred, stating that they encourage all political leaders to act firmly in preventing and eliminating political intolerance and violence.

The statement, which indicated that Liberia has a record of free, fair, and transparent elections over the last two decades, making this country an example of stability and democracy in the region, said violence is not the right way to resolve disputes. “Political differences should be resolved by dialogue.”

The international community therefore encourages all actors to act responsibly and embrace the principles of tolerance, democracy, and constitutionalism for an inclusive, transparent, and peaceful election process in Liberia in 2022–2023.

The President has meanwhile mandated the Ministry of Justice and the entire national security apparatus to immediately arrest all those involved in the violent incident on July 26, 2022 and ensure that they face the full weight of the law.

“I have also instructed the Minister of Health to ensure that all those who sustained injuries during the violent attack be given the best medical treatment at the expense of the government”, the Liberia leader said when he addressed the nation on Monday.