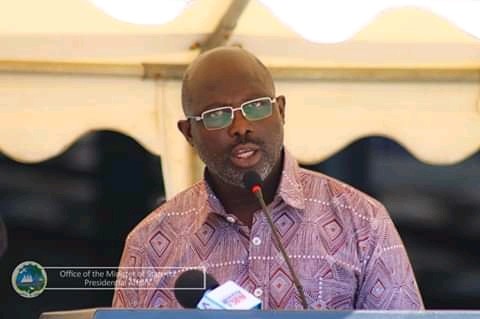 The President of the Liberia Marketing Association (LMA), Madam Alice Yeebah, has called on President George Manneh Weah  to grant  the association audience aimed at finding a peaceful and amicable resolution to  the prolonged leadership crisis  within the LMA.

According to Madam Yeebah,   for the past two years, the leadership of the LMA has not been able to have any access to President George Weah.

Speaking at the dedication of the newly constructed 14 Gorbachop International Market on Friday, October 9,2020, in Paynesville, Madam Yeebah  said President Weah has changed  the market women’s condition through  the construction of markets across Montserrado County and other parts of the country.

She said, based upon the good gesture towards the market women of Liberia, they   will give the president his heart desire.

“ I tell you Mr. President,  what you want  that we can’t give you, do not mind the people all around , anything you want,  the market people  can give it  to you,” she narrated.

The LMA President further said the marketers are prepared   to give any request from president Weah  in the areas of politics and economic development, among others.

She further said marketers are faced with some constraints relating to the lack of educational facility at the newly constructed 14 Gorbachop International Market for their children.

Madam Yeebah said the construction of a school   will afford children of the marketers opportunity to acquire quality education while their parents are selling.

Madam Yeebah did not relent to urge President George Weah that if he (President Weah) is willing to have a conversation with them(marketers), he must not get third party involved.

In a related development, President George Weah has called on all Liberians to unite and strive for peace so that this “oldest independent African state will develop and prosper without hindrance.”

Making remarks on Friday, October 9, 20202 at the dedicatory ceremonies of the of the newly constructed Gorbachop Market complex, located in the Omega Village Community, Paynesville, President Weah said Liberia needs all hands-on deck to be developed.

“This is not time for people to claim which political administration did this or did that in 1847 or 1997 or 2000. We all need to work together to develop our country and make ourselves proud as the oldest independence country in Africa,” President Weah stressed.

The Liberian Leader commended the government and people of Japan for providing major portion of the cost that underwrote construction works of the largest multipurpose market complex in the country.

He also hailed Liberian taxpayers whose premiums contributed to the construction of the market.

He congratulated members of the Liberia Marketing Association for their cooperation and challenged them to keep the facility clean and well maintained.

The Liberian Chief Executive promised to continue to undertake projects aimed at improving the condition and safety of marketers in the country.

“Today, it is Omega Gorbachop Market. Tomorrow, it will be Duala Market,” the Liberian Leader announced.

The state-of-the-art market building has a capacity of over 3,000 market tables, 10 bathrooms with showers, generator rooms, storage and parking lots.

The ceremony was attended by the First Lady of Liberia, Clar Marie Weah, ministers and officials of government as well as representatives of Japanese Embassy.