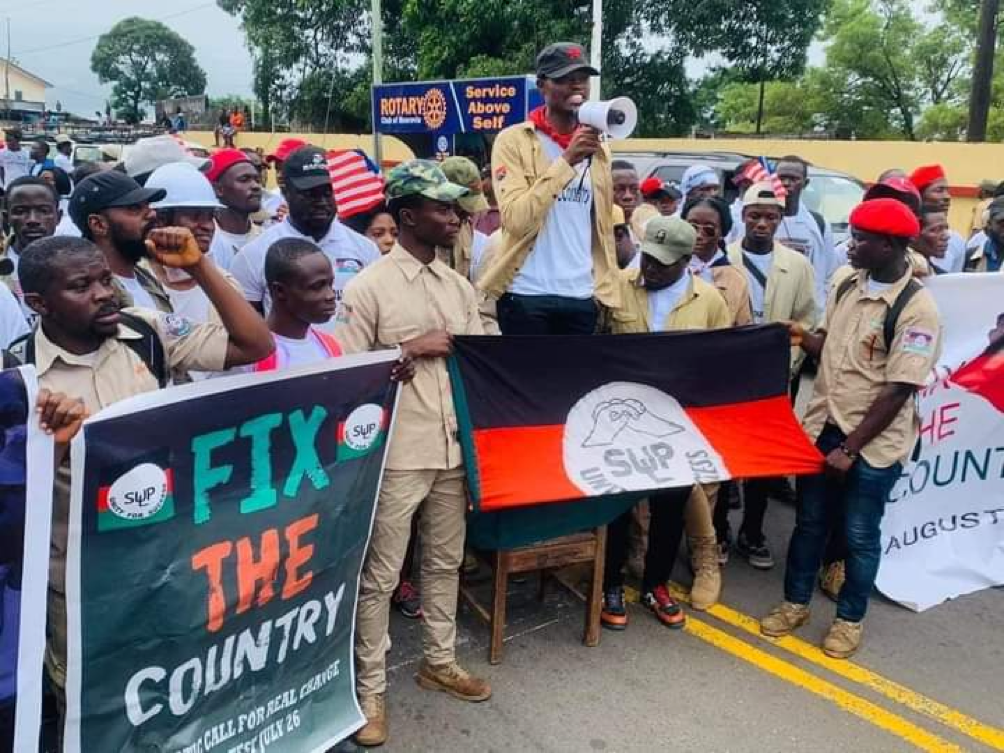 Vanguard Students Unification Party (SUP), a political organization with a presence on the campus of the University of Liberia, has promised traditional, cultural, and indigenous Liberians that they will not stand by while the country’s customs are destroyed by what they refer to as Western reactionaries.

The party claims that they vehemently denounce and oppose the foreigners’ attempt to outlaw female genital mutilation (FGM), because doing so will damage the traditional fabric of our civilization.

We would like to state unequivocally that we oppose the attack on the Poro and Sandy societies. But SUP is a part of tradition, and we won’t stand by and let foreigners trample on our nation’s customs. We disagree with the FGM defense. Those who want to be mutilated ought to be permitted to. It’s a choice issue, thus those who don’t want it shouldn’t be there. This was revealed by SUP Chairman Mustaphar A. Kanneh in a late-night press conference on December 7, 2022.

They are prepared and willing to preserve the nation’s traditions with their last drop of blood and sweat, they said in response to the chairman at the news conference at the University of Liberia Capitol Hill Campus.

In addition, he said that the country’s efforts to end FGM should be motivated by choice rather than coercion because those who engage in the practice are only doing so to serve their own financial interests.

The fabric of our civilization, which is based on a pro- and anti-black society, will not be allowed to be torn apart by reactionary and white colonizers, Chairman Kanneh vowed.

The issue has always been one of options, even in the big democratic globe of the United States and other countries. We have the freedom to chose thanks to democracy, therefore let’s uphold that. As a result, FGM eradication should continue to be a personal decision rather than a legal requirement. The traditional leaders of our nation established a code for parliamentarians, and those who violate it should battle and fight,” he stated.

He argued that MPs who favor the outlawing of FGM in society should no longer be allowed to speak on behalf of their voters because they are endangering our nation’s traditions and future.

Chairman Kanneh made the point that they support tradition, thus based on that, they think that tradition is meant to be followed rather than contested, and as a result, no woman should submit to FGM since it is an act of force; instead, let it be a personal decision.

“We in the SUP have opted for tradition over democracy,” We want the people to understand that the destinies of our children and our traditions are at jeopardy. Al Green, chairman of the SUP, expressed alarm: “Those who wish to remove FGM are not doing any good; rather, they are harming the fabric of our community, and we don’t support that.

The SUP chairman also praised the women in his party for playing a daring and brave role in preserving peace and stability within the party and throughout the nation, remarking that women stand at the edge of resistance.

Someone once told me to call men if you want to hear something, but women if you need things done. Women in Liberia have been diminished for far too long to nothingness, zero, and a second man. We would like to honor all of our revolutionary brave female intellectual and ideological soldiers on this Women’s Day, he added.