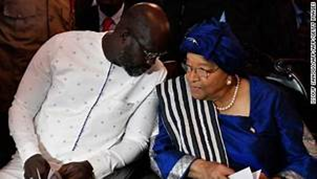 MONROVIA – Recently, the Supreme Court of Liberia reaffirmed a lower court, the Criminal Court ‘C’ earlier guilty verdict against former Minister of National Defense, Brownie J. Samukai and others, in a case regarding some diverted millions of United States Dollars intended as pension funds for soldiers of the Armed Forces of Liberia (AFL).

The High Court ruled that Samukai, now a senator-elect of Lofa County and his accomplices; Joseph F. Johnson, former Deputy Defense Minister for Administration and J. Nyumah Dorkor, former Comptroller at the Ministry of Defense restitute US$1.4 million or serve a two-year jail term.

It can be recalled, Samukai, Liberia’s longest serving Defense Minister and the two others, were found guilty in March of last year but took an appeal to the Supreme Court.

At the time, Criminal Court ‘C’ Judge Yamie Quiqui Gbeisay’s ruling called on Samukai and the others to restitute US$1.3 million over a one-year period, or serve a two-year jail sentence.

Howbeit, Women Voices Newspaper (WVN) has reliably gathered that both President George Weah and ex-president Ellen Johnson Sirleaf are entangled in issues involving the misapplication and restitution of the AFL soldiers’ pension fund.

Sources have divulged to WVN that payment transaction carried out from the AFL soldiers’ pension account at Ecobank was made with the approval of former Commander-In-Chief of the AFL, then President Ellen Johnson-Sirleaf.

Another payment from the AFL’s pension scheme was based on written communication and authorization by the Ministry of Justice (MoJ), WVN has learned.

The account was established in 2009 as a compulsory contributory savings fund, which deducted salaries from all ranks of the AFL to serve as a supplementary pension benefit to provide assistance to wounded soldiers and to families of deceased soldiers.

A source said President Sirleaf instructed then Minister of Defense Samukai to pay US$50,000 from the AFL pension funds as gratuity to Hajji Fantima Wali, widow of the late Nigerian General Abdurrahman.

“Operation Restore Hope” and “Operation White Shield” were some of the projects on which the Ministry of National Defense withdrew money from the AFL Welfare Fund, for which authorization was made by former president Sirleaf for payment, WVN is told.

Additionally, our sources have disclosed that regarding the money in question that our sources said was not personally pocketed by any of the men being held guilty for its misapplication, but was used for unrelated purposes, decisions were reached between former President Johnson-Sirleaf and President Weah, during series of meetings between the pair spanning between January 13 and 17, 2018 and with the leadership of the AFL, with the agreement met that the incoming Weah’s administration would have refunded all funds spent from the AFL Welfare Fund.

On January 17, 2018, WVN has gathered, President Weah, then President-elect, held a meeting at his Rehab Community, Paynesville, with former Minister of Defense Samukai along with senior members of AFL hierarchy, where the outstanding issue of refund of the AFL Welfare Fund was discussed, and President Weah confirmed and reiterated in that meeting that he and ex-president Johnson-Sirleaf had met and discussed the situation and agreed that during the passage of the 2018 budget, all monies spent from the AFL Welfare Fund would have been refunded.

In March 2020, Deputy Finance Minister for Fiscal Affairs Samora P.Z. Wolokollie confirmed in court that the Weah-led administration had paid US$460,000 into the Armed Forces of Liberia’s (AFL) Pension Account as reimbursement funds toward the US$1.3 million used from the AFL Pension Account, WVN has gathered.

This paper has independently verified that at the time, Minister of National Defense Daniel D. Ziankahn also acknowledged the payment of the amount alluded to by Deputy Finance Minister Wolokollie, into the AFL pension account by the Weah’s administration through the Ministry of Finance.

The two ministers, Ziankahn and Wolokollie, made these assertions on Friday, March 13 at Criminal Court ‘C’ when they took the witness stand to testify in the then economic sabotage case involving former defense minister Brownie Samukai and his two former deputies.

The two ministers were summoned by the court to testify whether or not the Weah-led administration had made payment into the AFL Pension Account as reimbursement toward US$1.3 Million, as was promised by President Weah.

Minister Wolokollie at the time confirmed that the amount was paid into the AFL’s account based on consultation and advice from the National Security Council of Liberia.