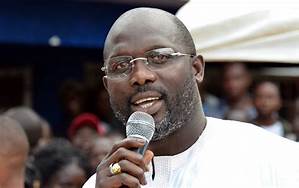 Paynesville: President George Weah has instructed his minister of the Ministry of Finance and Development Planning (MFDP), Samuel D. Tweah, to make available US$2 million in a bid to resolve constraints being faced by residents of Monrovia and its environs regarding electricity supply, Presidential Affairs Minister Nathanie F. McGill has disclosed.

Minister McGill made the disclosure Monday, at his VOA Community residence, outside Monrovia, when he interacted with reporters in a conversation covering long range of trending national issues.

He divulged that the Liberian president’s instruction for the release of the US$2 million is to make initial intervention in some 26 communities currently experiencing hiccups regarding constant supply of electricity.

McGill further disclosed that while in a recent meeting with the managing director of the Liberia Electricity Corporation (LEC), he was informed that 26 out of a total of 83 electrical transformers are expected in the country by 20 November 2020, to help ease the difficulties associated with the lack of constant supply of electricity, and in some instances the unavailability of same in some areas.

He stated that out of the 26 electrical transformers expected in the country this week, 10 have the capacity of 50KVA, while the rest are 250KVA each, expressing the hope that before the end of November, community dwellers in 26 communities that his team is in the process of identifying, would have the transformers installed in their areas.

“Additional 56 transformers should be arriving on December the 10th,” said McGill, who clarified that the information about the arrival dates of the transformers are subject to adjustment based on inconsistencies in shipping lines’ operations. However, the minister of State for Presidential Affairs assured the public that the transformers are coming before Christmas 2020.

Out of the rest of the 56 electrical transformers expected in Liberia, McGill said five pieces of 50KVA are included, while the other 51 pieces have the capacity of 250KVA.