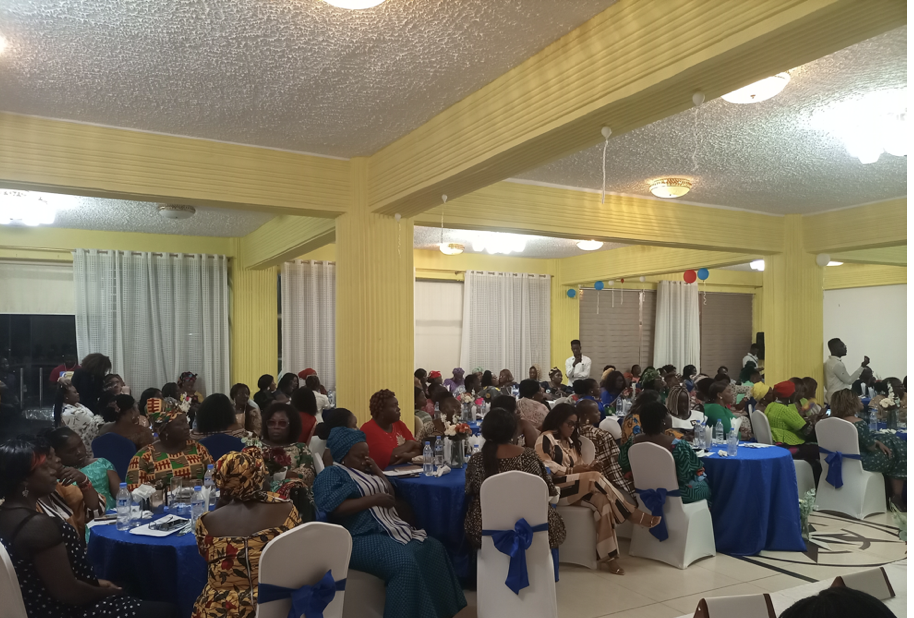 Sinkor Monrovia, Liberia—December 5, 2022: As Liberia rapidly approach the 2023 legislative and presidential elections, the Women’s Legislative Caucus of Liberia (WLCL) has designed strategies to increase the number of women in the National Legislature and other key areas of government.

The Women Legislative Caucus held a two-day workshop on women’s political participation in the 2023 general elections on December 1-2, with funding from UN Women and the Swedish Embassy.

The initiative kicked off on December 1, 2022, specifically on keen issues to increase women’s representation at the legislature and other strategic government areas, with statements from international partners to include the UN Women Country Representative, the UNDP Resident Representative, and the Swedish Ambassador, amongst others.

She hopes to see a new look at the Liberian legislature after the 2023 elections, especially with the presence of female lawmakers, as she stated that UN Women is also working with its partners to invest in order to provide a zero-space for violence against women in the upcoming elections.

Ms. Comfort Lamptey cautioned the women to be as strategic as they can in how they make the decision about contesting or supporting other female candidates.

Day 1  also displayed remarks from female lawmakers and a presentation on the importance of having greater women’s participation at the legislature.

Following the conduct of the second day, a panel discussion was held, and it congregated past and current women lawmakers and female aspirants from across the country to strategically share experiences and craft ideas for addressing the low representation of women at the national level.

In the statement at the workshop’s closure, Grand Bassa County Senator Nyonblee Karnga-Lawrence attributed the low women’s representation at the house to inadequate gender equality in politics.

She advocated for political parties to develop policies that ensure equal participation for men and women.

“Because of the barrier to political participation, most women do not experience equality in politics, although they have a right to participate in positions on an equal basis with men.” “We need laws and policies to fix the system and right historical wrongs,” she mentioned.

She hailed the political parties that have concurred with the 30% female participation at the party level and appreciated international partners for their intervention in ensuring the passage of the bill.

Current and former female political leaders shared their perspectives on Violence Against Women in Elections and Politics (VAWIEP) during the panel discussion.

Cllr. Lulu Y. Dorbor and Madam Clarice A. Jah of Margibi County were among those present, while former District 13 Rep and Aspirant Cornelia Kruah-Togba moderated the panel discussion.

Currently, there are 11 female lawmakers within the National Legislature, while effective efforts are being made by NGOs, CSOs,  and women across the country to have a speedy increase. At the moment, there are only two (2) female senators out of thirty (30) senators, with nine (9) in the House of Representatives out of 73.

The average percentage of women in national parliaments or legislatures is 26% in sub-Saharan Africa and 17.4% in West Africa. In Liberia, women make up less than 11% of the 103 seats in the Legislature.

Other counties like Nimba, Grand Gedeh, Maryland, Sinoe, Rivergee, and Cape Mount have not had female participation in recent years, thereby keeping them further from full political participation.