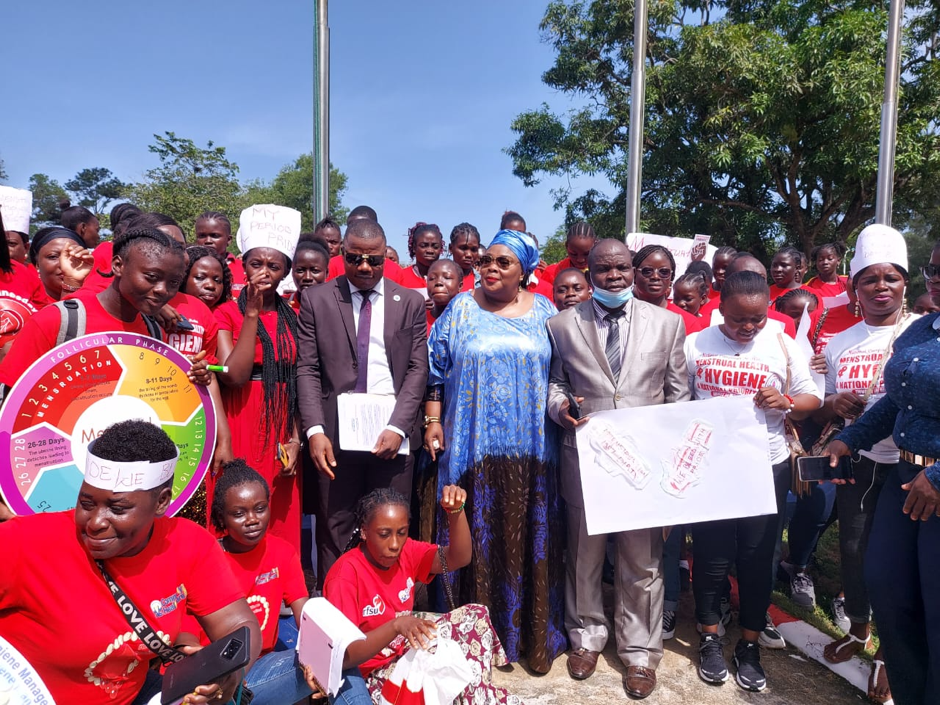 The Paramount Young Women’s Initiatives (PAYOWI), along with other women’s advocacy organizations, petitioned the Liberian National Legislature on Tuesday, May 31, 2022, to make menstrual pads duty-free and remove all tariffs on sanitary pads; as well as to educate about Comprehensive Sexuality Education (CSE) in schools and dedicate funds to Sexual Reproductive Health Rights (SRHR).

The distinguished young women’s organization, PAYOWI, is a women-led organization dedicated to enhancing women’s chances through education and empowerment initiatives. Their programs include, but are not limited to, advocacy, leadership development, mentorship, and the provision of student scholarships.

On May 28, 2022, the preeminent young women’s initiative PAYOWI, with support from the Alumni Innovation Fund, through the US Department of State, of which Ms. Facia Boyenoh Harris and Ms. Hawa C. Wilson are the 2021 recipients of the Alumni Innovation Fund, observed World Menstrual Day in one of its project communities with a door-to-door community awareness campaign that was followed by an indoor program.

Given that more than half of the world’s population consists of women and girls who menstruate, and based on a recent UNESCO study on sub-Saharan Africa, it is estimated that one in ten girls miss school during their menstrual cycle, equating to 20% of the school year.

Lack of access to sanitary products and services has caused females to perform poorly in school, become pregnant at an early age, marry young, and drop out of school, according to a second Liberian research.

Meanwhile, PAYOWI and its allies have petitioned the Liberian Legislature to create a healthy and liberated living environment for all girls and women. They want to eliminate the obstacles outlined above that prevent girls and women from advancing.

As they read their petition to the house, they stated that the order will make it simpler and more affordable for women and girls to obtain sanitary pads while they lobby and work with the government to reform the law.

She requested that the Liberian government, through the Liberian legislature, amend the Revenue Code so that there be no taxes on sanitary pads imported or sold in Liberia.

We request that the legislature consider including funding for Comprehensive Sexuality in the budget for the upcoming fiscal year.

Concurrently, she asked the Ministry of Education to prioritize, invest in, and expedite measures to guarantee that Comprehensive Sexuality Education (CSE) is taught in schools. requiring all schools, public and private, to provide sanitary pads in their facilities.

They are requesting that the Ministry of Finance, the Ministry of Commerce and Industry, and the Liberia Revenue Authority commit to collaborating with the legislature to execute the updated tax policy and to regulate and monitor the market pricing of sanitary pads.