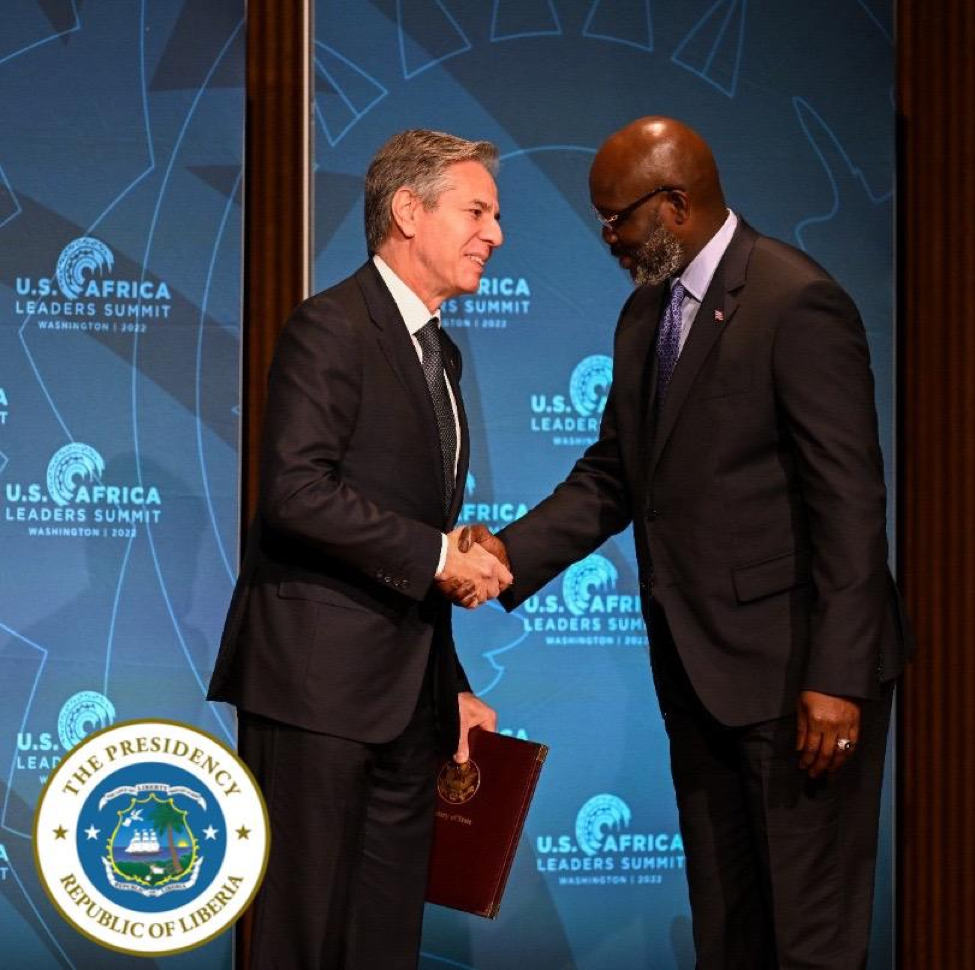 Although it is often said in Africa that young people are our future leaders, according to President George Manneh Weah, he has observed that not much opportunities are created to allow them to reach their full potential; asserting that this has made a growing number of them to seek opportunities in the West, where they have acquired quality education and useful skills in order to contribute to the development and advancement of society.

“I believe that young people are capable of conquering the world if given a place to stand.”

President Weah informed the world that Africa youthful population can be of a great dividend to the continent provided they are given the needed support.

He said Africa’s future ought to be bright, stating that the continent has the potential to turn around the grim outlook of the continent that is presented in the news daily. The Liberian Leader said with more than 60 percent of Africans being young people, we have the demographic dividend capable of making our region responsive to the needs of its people.

He said the role young people and the general African diaspora must play in addressing the needs of the continent must be through, innovation, investment and knowledge transfer.

Using his personal story to motivate, President Weah said from a poor and humble background growing up in the slums of Gibraltar in Liberia, he managed through hard work, discipline and determination to climb to the top of his career as a professional footballer.

“While pursuing my professional career in the diaspora myself, I took back many investments to my home country, Liberia, Zanzibar, Cote D’Ivoire and other parts of Africa. I invested in many businesses and I invested in human capital by supporting many young people in acquiring education to enable them advance their lives and have a livelihood.

The Liberian Leader encouraged the young people of Africa that they can also succeed in their chosen fields of endeavor, if they are prepared to be diligent, disciplined, and determined.

He called on African governments to create the enabling environment and the requisite framework that will allow the young people in the diaspora contribute, through their education and innovation, to the transformation of our beloved continent.

The Liberian Leader said he has no doubt that the young population of Africa has a significant role in whichever direction Africa takes.

“So my distinguished African diaspora brothers and sisters, I would like to invite you to join us in helping to build a New Africa where peace, unity, democracy, human rights, comprehensive freedom, tolerance, togetherness, cooperation, reconciliation, equal opportunity for all so that growth and sustainable development will be the cornerstone and foundation for the future of Africa.

Liberia has a long and historic relationship with the United States, which has led us to having common positions on issues such as democracy, human rights, global peace and security. We hold the view that this Summit will strengthen our partnership and increase our commitment to foster stronger cooperation in seeking the broad interest of our respective countries in particular, and the world at large.

Reflecting on the rich history between Liberia and America, President Weah expressed a hope in the Summit to reinforce our continued true partnership and friendship with the United States. He said this should enable us to re-define and reset our urgent priorities in economic, social, and political engagements that will serve as the reinforcement of our genuine commitment to democracy, human rights, transparency and good governance.

“Liberia believes that such engagements between Africa and the United States will improve and strengthen bilateral and multilateral relationships, foster peace and security on the continent of Africa”.

“With millions of African descendants and immigrants in the diaspora, there is no doubt that this is a vast reservoir of talent, training, expertise, and financial capacity which must and should be utilized to enhance the advancement and development of our Continent”.

According to President. Weah, this joint effort will act as a bridge connecting people of African descent living in other parts of the world to their ancestral homelands and the cultural identities to which they belong. He said, it is incumbent upon them, as leaders, to recognize and acknowledge the significance of the many millions of our countrymen who live in communities across the diaspora and whose contributions are essential to the expansion and development of our continent.

In spite of the fact that they are geographically separated from their homeland, President Weah said, diaspora communities continue to exert a significant impact on the socioeconomic, cultural, and political landscapes of the countries to which they belong. This cannot be ignored or understated.

He noted that at the beginning of his administration, which was almost five years ago, he began the process of removing restrictive laws in order to encourage the Liberian diaspora to contribute more to the development of our country. He said, he did this because he recognized the importance of our Liberian diaspora community and wanted to show my appreciation for it.

“Today, I am pleased to share with you the news that in July of this year, I signed into law a bill that permits dual citizenship and makes it possible for mothers to give their children their own citizenship. My administration has now removed all legal barriers that had previously prevented natural-born Liberians from rightfully resuming citizenship in the land of their ancestors. This was done in order to accomplish the aforementioned goal. If you were born in Liberia, you will always be a Liberian!”

President Weah indicated that this is a demonstration of his government’s commitment to ensuring that our diaspora is not excluded from the national reconstruction and development of Liberia, and it is encouraging to see that commitment being put into action. We view the Liberian diaspora community as a valuable asset that can contribute to the expansion and development of our nation, and we believe that ensuring their full participation in the process of nation-building is essential.